Trinidad & Tobago is among the most developed of the Eastern Caribbean nations. It has also emerged as one of the most successful fashion centers in the region, even offering degrees in fashion and design at the Caribbean Academy of Fashion & Design, University of Trinidad & Tobago. Arguably, most people know or are at least acquainted with Trinidad because of its history with the steel pan. Similarly, their carnival is one of the most popular and well attended in the world.

During the week of February 20, 2012, the carnival season culminates with several days of masquerading. First, there is the kids' carnival celebration. Then on carnival Monday, there is a sort of prequel to carnival Tuesday's big celebration.

We are on location in Trinidad, and, at the time of writing, we have already captured some fabulous images of the kids' carnival. Because we have media credentials, we are able to capture our images from the main stage at the Savannah, in the heart of Port of Spain. A sample of the exquisite costumes worn by the kids appears below. Visit the the Kids' Carnival gallery for more images. 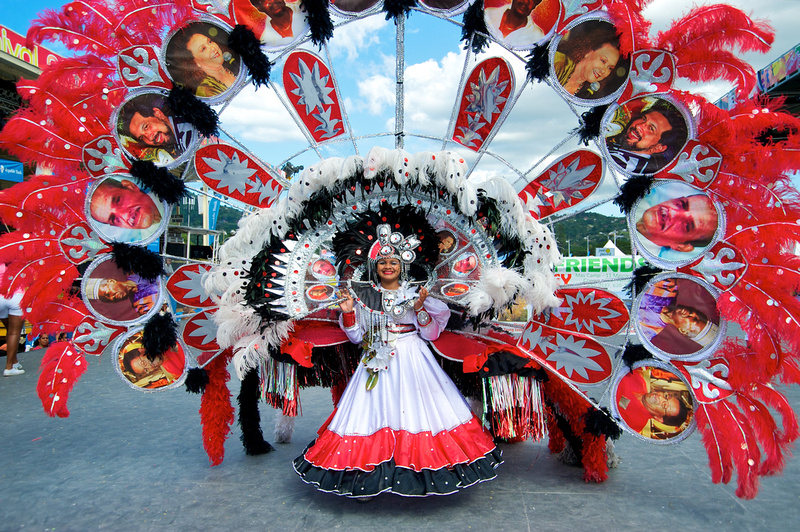