Perhaps you’re familiar with Eyefi SD cards. They initially filled a niche market where they added wireless capabilities to cameras, allowing them to connect with Mobile Smart Connected Devices (a term coined by IDC Research that generally includes smartphones, tablets, e-Readers etc.). With the wireless connection users could immediately add high quality JPEGs from their cameras to websites, social media, and more. 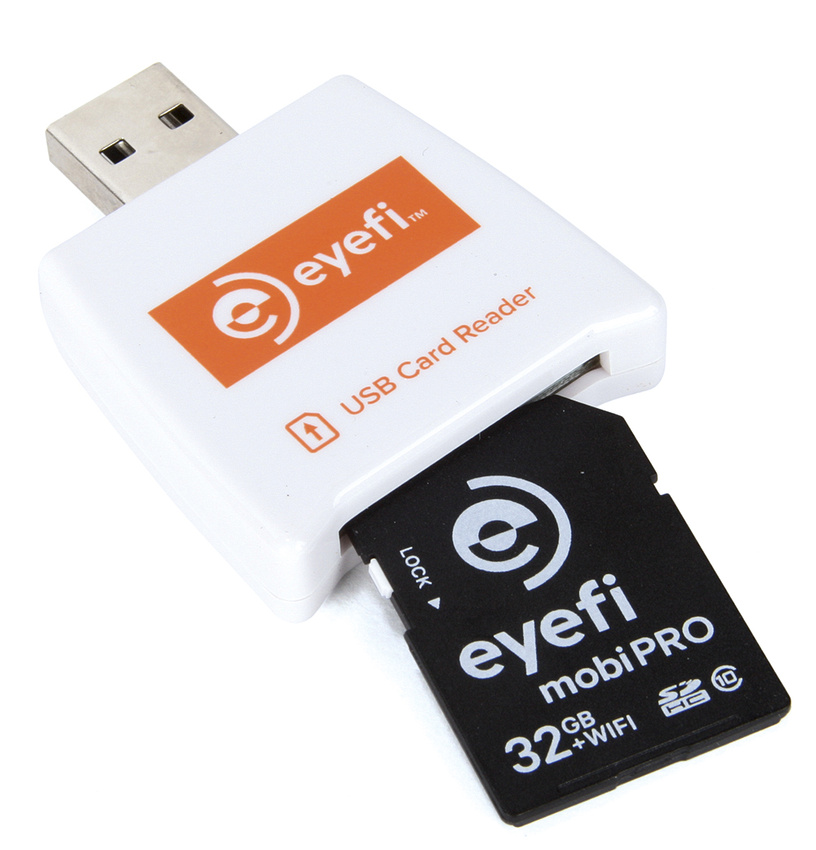 Eyefi cards have evolved due in no small part to the fact that camera manufacturers began adding WiFi radios to point and shoot cameras, then most recently to mainstream DSLR and Mirrorless cameras. Sony’s Alpha series, for example, have wireless capabilities built in. The Canon 6D also has wireless capabilities, as does the Nikon D750. But manufacturers have been somewhat disinclined to add WiFi to their professional bodies. Thus, the Canon 5D Mark III or the Nikon D800/810 do not contain WiFi radios. Nikon offers a dongle at roughly US$500. Ridiculous!

So Eyefi, Toshiba, Transcend, and a few other smaller manufacturers have ramped up their design and production of these cards. In many ways, Eyefi produces the most sophisticated of the cards and has the best developed software. Transcend is considered barely usable in some circles, while Toshiba, with their Flash Air WiFi SD cards, is considered a serious contender. I have tested the Toshiba card, but found it unappealing due to complexity in configuration, poor software (or rather no software), requirement of a PC to initialize it, etc.

I opted to the 32GB Eyefi mobiPRO delivered to me a couple days ago. It is packaged with a USB SD card reader thereby expanding it’s utility to devices that may not accommodate an SD card, but has a USB port. The Eyefi cards are the most costly of the three bands I’ve mentioned, but based upon what I’ve seen so far, they are also the most advanced, and most reliable. The model I tested retails for US$80. Setup was a breeze. And unlike the need to use a third-party app like Shuttersnitch when using the Toshiba brand, Eyefi produces its own well-designed app for iOS and Android devices. The apps are available from Apple’s App Store and Google Play.

To be clear these cards are meant to provide on location wireless tethering and/or transferring files to Smart Connected Devices on the go. Accordingly, while they are capable of transferring raw files to the mobile devices, there isn’t much utility in doing so. Some Android devices are capable of editing raw files in Adobe’s DNG format. iOS devices will read raw files, but cannot edit them. They render such files as JPEGs. When shooting in the studio, or on location where I can use my laptop, I always shoot tethered to Capture One Pro. In such cases, the uncompressed 80 MB NEF raw files from the Nikon D810 or D800 transfer from camera to software (using USB 3.0) in about 3 seconds. The 30 MB lossless compressed NEF raw files from the Nikon D750 transfer in about 2 seconds. Using WiFi to transfer these large images would take an eternity. The cards are best used to transfer JPEGs for review. Similarly, though videos may also be transferred from camera to mobile device, the patience of Job is going to be required. 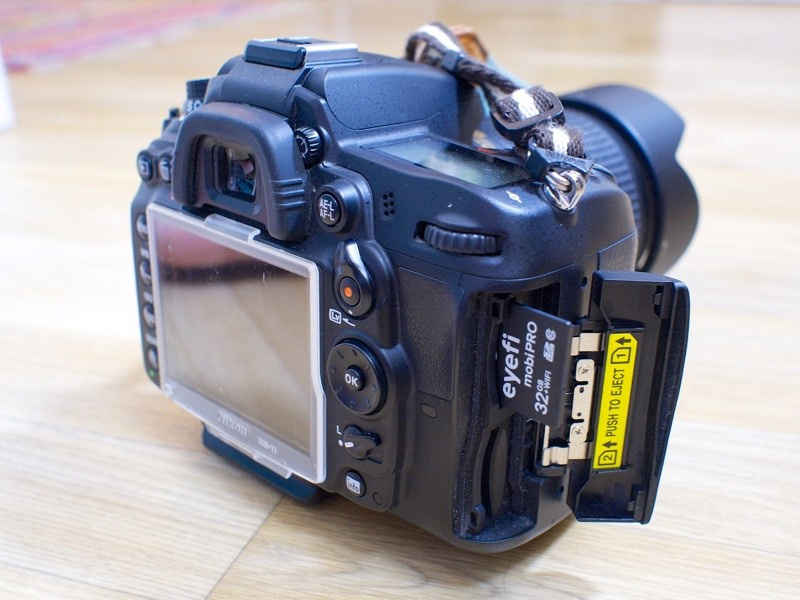 The Eyefi card essentially saves a JPEG version of the corresponding raw file. In that way, it’s like any other SD card. That JPEG is transferred to your iOS or Android device. For the Nikon D810, the basic JPEG is approximately 3.2 MB, and transfers in about three seconds. The D750 basic JPEG is a hair faster. Either way, the purpose is merely to be able to visualize what has been shot in terms of exposure etc. After using the built in WiFi of the D750 for a couple on location shoots, I decided to explore adding it to the D810 as well.

What I did not anticipate was that the Eyefi card is a bit more robust than the built in WiFi radio in the D750 when the camera is within 10 feet or so of the mobile device. But for both cameras, moving beyond approximately 10 feet of the camera resulted in a slowdown of the image transfer.

WiFi is by no means a fast solution. And using the Eyefi card is not meant to provide the photographer with a way to test color fidelity etc. But it certainly helps with showing the exposure (particularly for those who do not use a light meter). And more importantly, it allows those who are part of the shoot to see the work on a larger screen. The raw files are still saved to your primary card, or can even be saved on the eyefi card alongside the JPEGs.

The Eyefi mobiPRO comes with one year of Eyefi Cloud. The image files can be uploaded and stored in the cloud for future viewing or transfer to other devices. I don’t have much use for the cloud feature, but I am so far satisfied that this is a good wireless tethering solution, using an iOS or Android tablet, on location. I plan to update this information after a more extended period of usage.

I am David Fraser, a university academic, photographer, and techie. I have been a photographer for roughly 15 years, and have shot across the US, the Eastern Caribbean, and South America. Today, I shoot primarily fashion and portraiture. I live and work in Eastern Contra Costa County.