Apple's Photos App for Mac OS X Released: Is it for You? 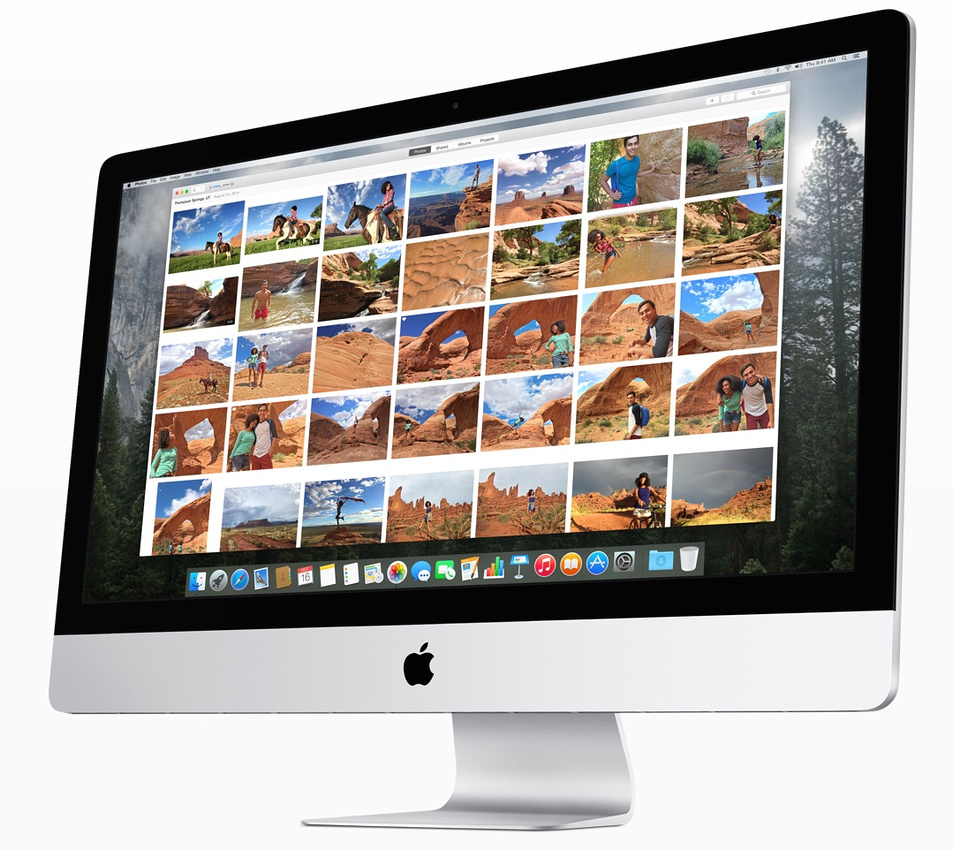 With today’s release of OS X Yosemite 10.10.3, Apple’s Photos app for the desktop OS exited beta and was officially released. I have been testing Photos during the beta testing period. I recall every time I turned on the test machine and attempted to do anything substantive with Photos, it quickly resulted in frustration, often leading me to leave the testing alone for several days. In many ways I hoped that once the final release was done, Apple would have redeemed much of the apparent deficiencies for those of us whose photography goes beyond mounting iPhones on a selfie stick and saturating social media with ten different versions of the infamous duck mouth pose. 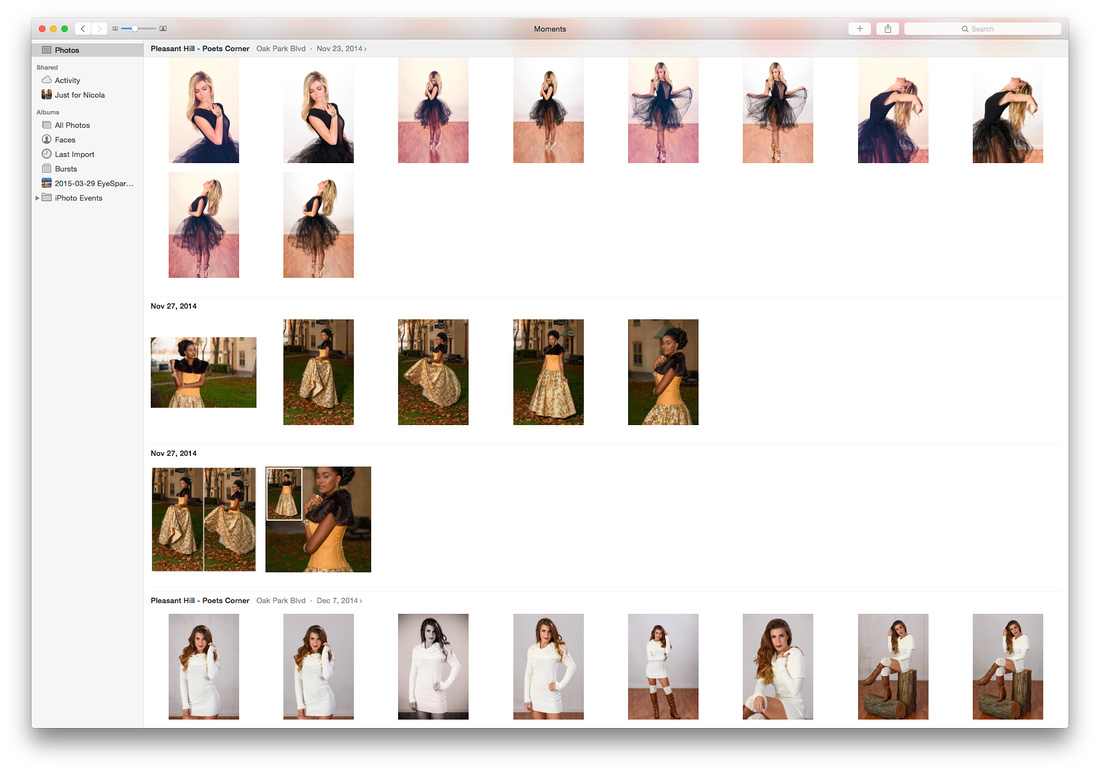 Organization by date is automatic upon import

Admittedly, I am very disappointed in the entire direction Apple has taken. But I shouldn’t have been surprised. Apple’s modus operandi of late has been “make it silly.” There was a time when I knew, as a long time Mac user, that Apple’s apparent focus was “make it simple.” But efforts at simplification give way to being plain silly when core functionality is tossed, and desktop software is made to look, feel, and function like it was created for a phone. To be clear, it’s not the interface alone that is an issue. It’s the limits to what can be done with this first iteration of the application.

As a professional I do not depend on Apple’s software for managing my photography assets, converting raw images, and doing major retouching. Some time ago, the core of my asset management, raw conversion, and to a lesser degree editing/retouching, was done in Aperture. I began using the software in 2007, and was finally constrained to abandon it almost two years ago. Why? It became unstable as my referenced library grew to about 100,000 images, reflecting years of photographic exploits. Adobe Lightroom became my primary asset manager, while I have drawn on a few applications (DxO Optics Pro, Capture One Pro, etc.) for some of my raw conversion. And ultimately, most of my retouching is done in Adobe Photoshop.

Photos editing screen is simple, but functional, and beautiful

One fact that almost all former and current (the few who remain) Aperture users will tell you is, a fundamental strength of Mac OS X is that the raw conversion is systemwide. It is never tied to a specific application. That means, I can user Finder, the Mac OS X file manager, to locate my raw files and view them without opening a third party application. The raw conversion is very good. In fact, I find it similar to what is rendered in Capture One Pro, Phase One’s raw converter and asset manager is is apparently growing in popularity. Both Aperture and iPhoto benefitted from the raw conversion done at the system level. Now that both are being replaced by Photos, one would think that at least the asset management features would be strong. That is simply not the case. Apple’s approach to asset management is that it lumps all images - iPhone images, raw files, etc. - into the application and makes these arbitrary divisions by dates etc. True, the user can create albums. However the albums are at best a poorly implemented version of Lightroom’s collections. The actual image files can only be organized if they are kept outside the Photos library and referenced.

But Apple clearly has a plan. They would like people to buy lots of iCloud storage and keep all the images in the cloud. Each device can then draw from the cloud. Oh, but the largest plan listed on Apple’s website is 1 terabyte, at a cost of US$20 per month. So clearly, a person with a photography library that is almost 3 terabytes could not utilize Apple’s model. 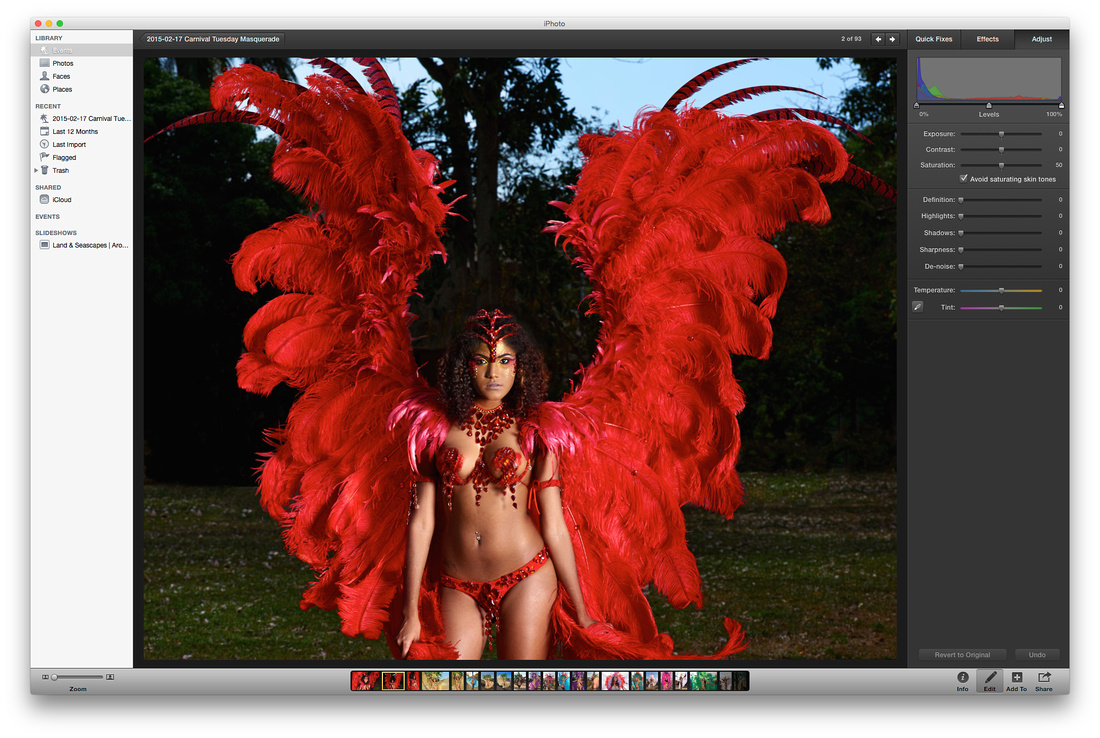 After I stopped using Aperture, I continued to use iPhoto as the means by which I could sync finished images to my iOS devices. Photos will do that without the cloud solution. In that sense it simply does what iPhoto did. But it does not contain many of the advanced features Aperture contained. Since it is only a matter of time before Apple will completely abandon iPhoto and Aperture (they are still marginally functional), I will move my finished images to Photos for synchronization with my mobile devices. But that’s about all the utility it has for me. Does it have nice editing features? Of course. In fact I even tested a few raw images and was satisfied that it can do some good things. Is it enough to use in lieu of one of the professional applications like Lightroom or Capture One Pro? Not in the least bit.

Let me list a few of the deficits in the application that make it less than useful for professional photographers:

Overall, Photos is perhaps an improvement for iPhoto users, although the it is easier in my view to manage the images in iPhoto than it is in Photos. As for it being a replacement for Aperture, it is not even a consideration. If you are a professional photographer, or even an enthusiast, I recommend you turn your sights elsewhere. Using Lightroom with Lightroom Mobile is one of the best alternatives in my view. It has far greater utility than Photos. 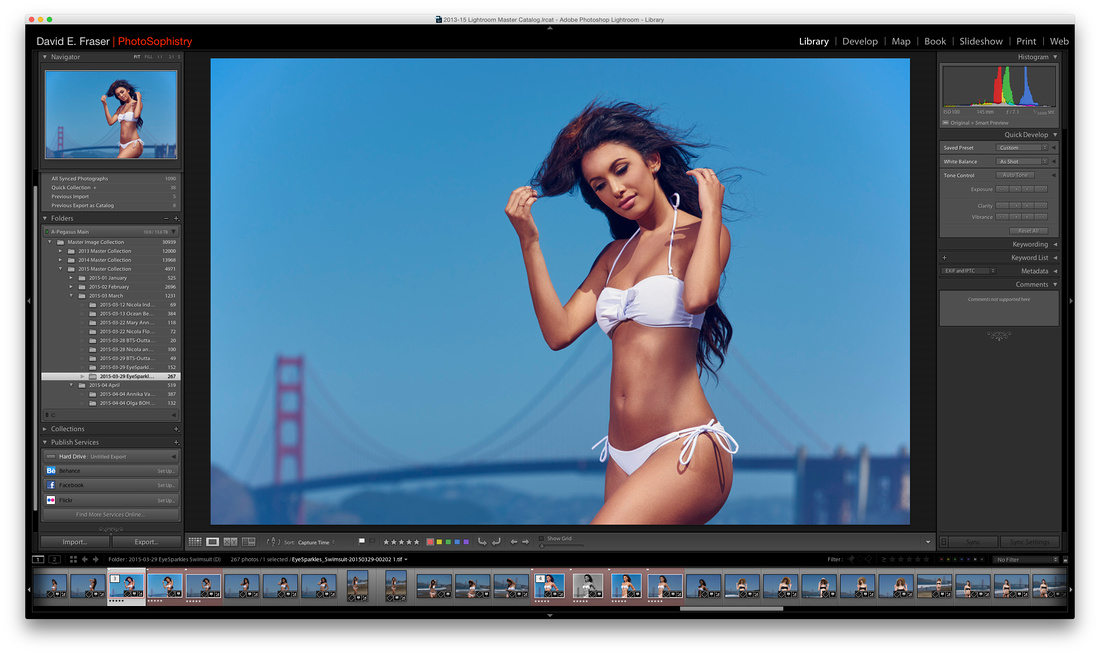