Large Images: Fast Import: Here's How You Do It In Mac OS X

Large Images, Fast Import: Here’s How You Do It

For many years, Apple’s now discontinued application, Aperture, was my primary raw converter and asset manager. Optimized fairly well for Mac OS X, importing files from storage media was relatively quick and painless. This was true for managed files (those that were stored inside the catalog) as well as referenced files (those stored outside the catalog). When Apple announced Aperture’s discontinuation, it was a disappointment. However, admittedly it was not unexpected. Since then I have had to revisit my workflow on a few occasions, looking for the most efficient way to import, cull, and post-process images.

I shoot primarily high resolution fashion and portrait images. At the time of writing, my primary body is the Nikon D810. My backup body is its slightly older sibling, the D800. However, if you shoot with any full-frame camera, where 24 megapixels appear to be the baseline standard these days, you would likely have an appreciation for speedier image transfers and a faster workflow. 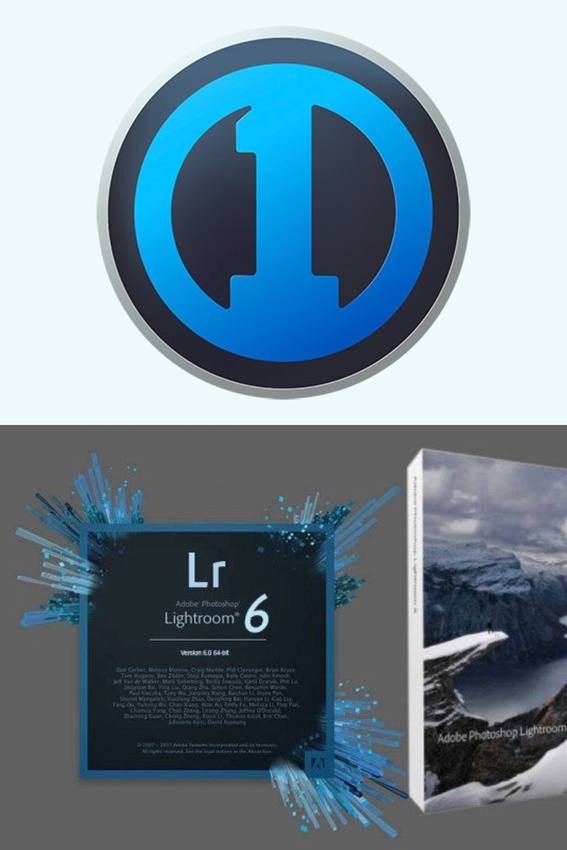 Lightroom has been my primary digital asset manager since I discontinued using Aperture. However, I often say I am a raw converter agnostic. As such I use Capture One Pro (currently at version 8.2) for some raw conversion. I also use DxO Optics Pro 10 from time to time. But in my view, Lightroom was and is the best option for asset management.

It is known in the industry that Lightroom has been really poor in terms of how much time it takes to import and render files. Up until Lightroom CC 2015 / Lightroom 6, the application did not make use of graphics processing units in even high specification machines. In fact, it did not even handle multiple core and RAM appropriation very well. In many ways it was like a cruise ship - packed with features and opportunities, but extremely slow and somewhat clunky on a turn. But it seems much of that has changed since the latest release.

I decided to test the import speed in Lightroom, but thought it appropriate to look at a couple other options as well. So for this post, in addition to Lightroom, I tested Capture One Pro 8.2, Image Capture for Mac OS X 10.10.3, and basic drag and drop transfer via Mac OS X Finder 10.10.3. To be clear, I have not done any testing for Windows machines, since I am not regular Windows user and do not have a comparable machine to my Mac OS X test machine.

The test machine is my primary workhorse. The specifications follow:

I used a Lexar Professional USB 3.0 dual slot card reader, and transferred 302 D800 NEF uncompressed raw files (approximately 78 MB each) from a Lexar Professional 128 GB SDXC UHS-II card. For Lightroom and Capture One Pro, I created new catalogs. Each application imported the files from the SD card, and copied them to folders on the desktop. I tested the time it took from beginning of the import to end, without considering any additional time needed to render the images. However, as an aside, I did note the approximate render times, since for some that may be of interest. Here are the results, beginning with the fastest to the slowest import.

Capture One Pro 8.2 (Purchase or subscription from Phase One) 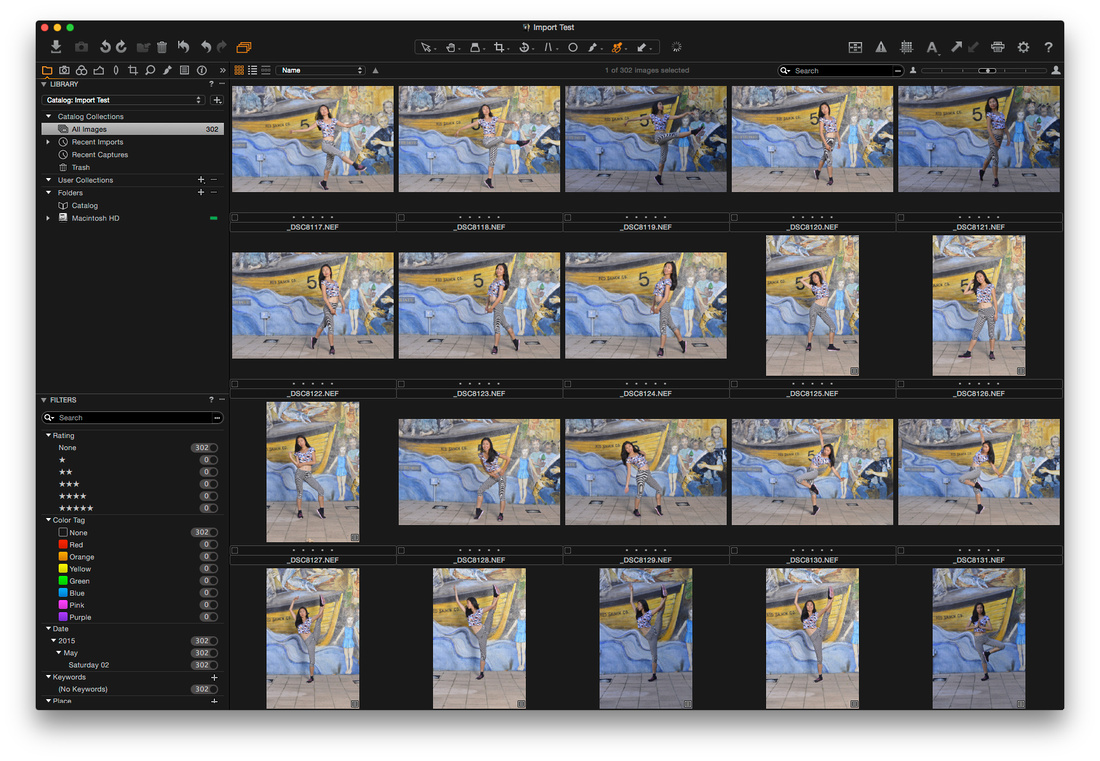 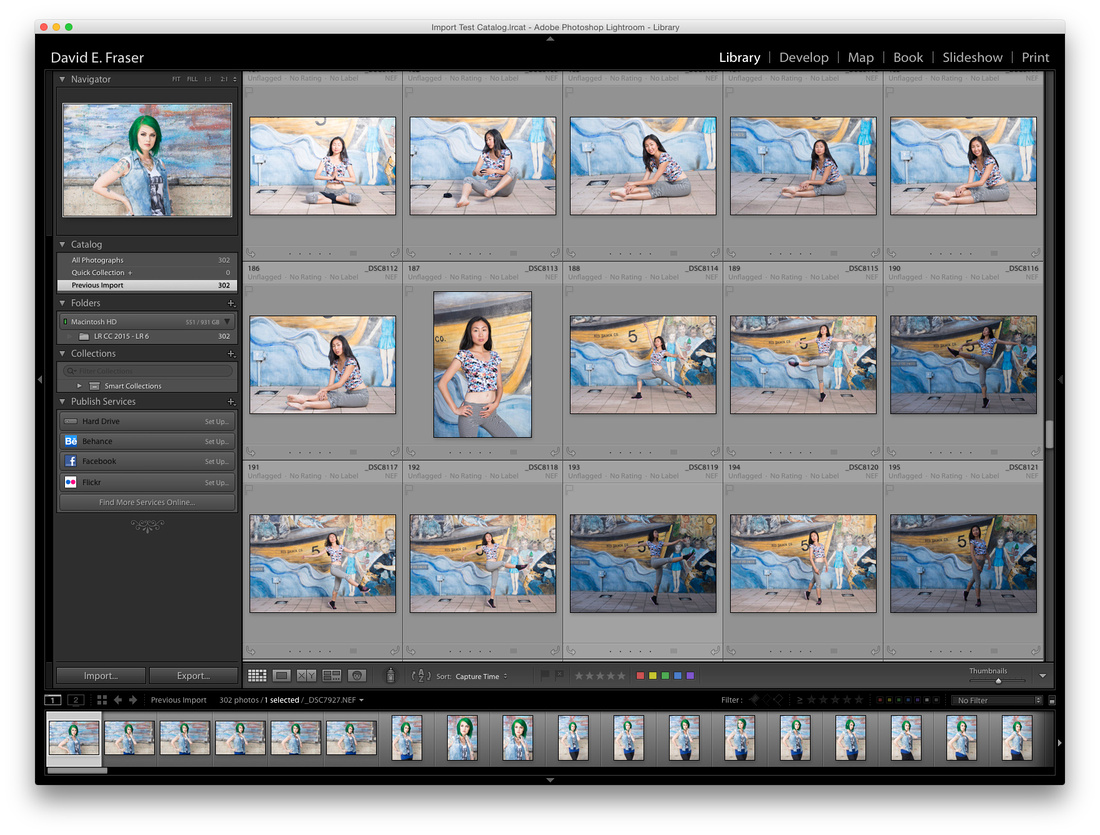 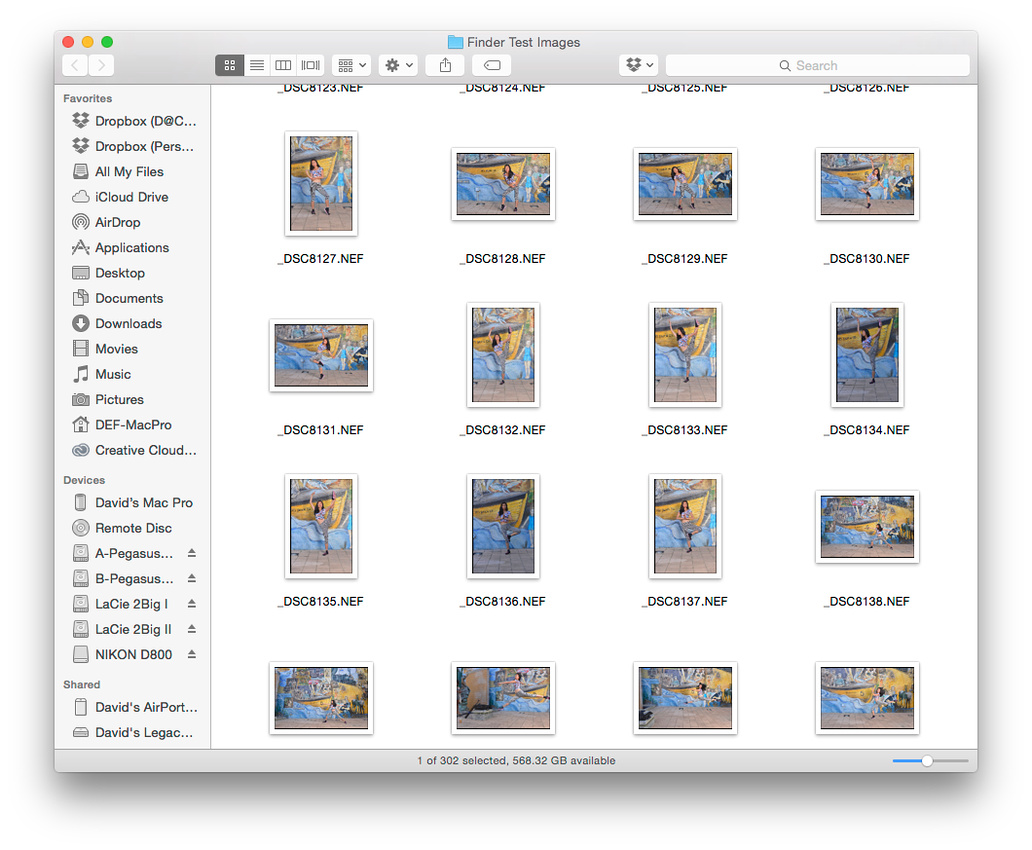 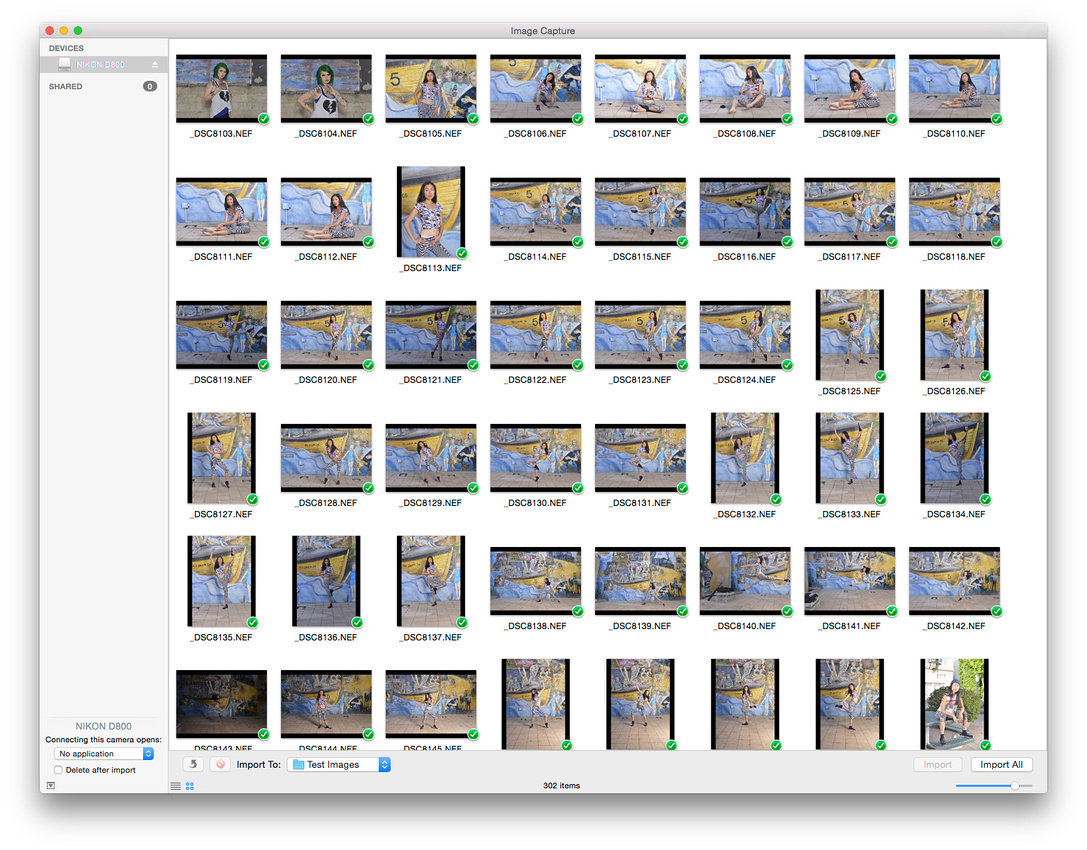 Clearly Capture One Pro does the fastest import of the four applications tested. At a speedy 0.2 second transfer time per 78 MB file, in just a little over one minute all files had been transferred to the desktop.

Lightroom came in a close second. This is significant inasmuch as it marks a massive improvement over previous versions of the application. At 0.29 second for each file, it transferred all 302 images in a little less than one and one-half minute. The difference in transfer time between Capture One and Lightroom is roughly 0.09 second per image. And while this will ultimately add up if transferring a much larger batch of images, the improvement from Adobe is noteworthy.

Many photographers prefer to manually transfer their files from flash cards to their computers, then arrange them. For Mac OS X users, Finder (the equivalent of File Explorer in the Windows realm) facilitates that with relative ease. At roughly 0.85 seconds per image, for an aggregate of 4 minutes and 18 seconds to transfer all 302 files, this approach is significantly slower than using Capture One Pro or the newest version of Lightroom. If this approach was a solution to the former sluggishness that marked Lightroom imports, it is imply no longer the case.

Finally, the Apple utility, Image Capture, averaged 0.86 second per file, taking a total of 4 minutes and 20 seconds to transfer all 302 files. In some ways this is not terrible. But it is significantly slower that the two dedicated asset managers, Capture One Pro and Lightroom. And it is almost a dead heat with drag and drop using Finder. However it offers yet another alternative to Mac OS X users.

What does all of this mean? For high resolution images with the large files sizes, speed makes a difference. Capture One Pro sits as king of the hill. But Lightroom is right behind after recent improvements made by Adobe. Of course, the other options remain viable, although if the aim is speed, they lag significantly behind.