It's Not Your Ordinary Flash: What I Like About the Phottix Mitros+

Phottix Mitros+: Not Your Ordinary Flash

For a very long time, I have had an aversion to speedlights. I certainly know how to use them, but never appreciated some of their constraints. For example, unless using an external battery pack, they are notorious for their inconsistent power output, particularly as the batteries lose their charge. Additionally, the recycle time on speedlights would vary significantly as the battery power drained, resulting in inconsistent output when shooting in fast-paced situations. Moreover, speedlights are often too weak to use with larger modifiers (unless you add multiple speedlights) or too harsh to use without modifiers. For the most part, I found them tolerable with small softboxes or reflective umbrellas.

As a long time Nikon shooter, I have always kept two of the manufacturer’s most powerful speedlights for those rare occasions when circumstances required that I use one or two. The SB910 has been a staple in my bag for some time. But the contents of my bag and my attitude towards speedlights changed recently after a chance encounter with the Phottix Mitros+, one of the most versatile speedlights I have used.

To be clear, I was not in the market for speedlights. However, while I continue to use primarily Paul C. Buff’s Einsteins in the studio, I wanted to explore a different light setup for my on-location shooting. After research, I purchased a pair of the Phottix Indra500 TTL. If I were to describe my experience with the Indra in a single word, it would be phenomenal. With its built in Odin receiver, powerful high speed sync capabilities, and powerful battery packs, it has taken its place in my on-location photography from the beach to urban settings. But since my purpose here is not to discuss the Indra, I will simply say it is the most satisfying lighting purchase I’ve made in years. 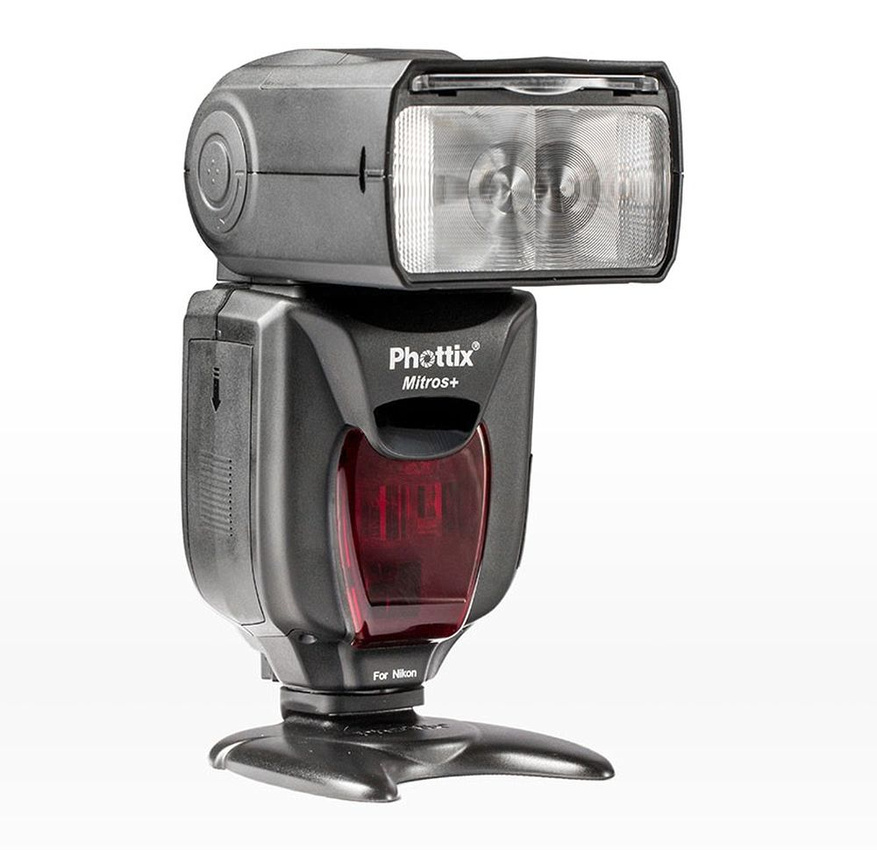 While shopping for accessories for the Indra500 from B&H Photo (not a paid endorsement), the Phottix Mitros+ came up in a recommended list. Out of sheer curiosity I began to read the specifications. And was I in for a surprise when I read this.

Three important elements stood out for me. First, the built in Odin receiver means I can use the same trigger (Phottix Odin) I use for the Indra500s. Second, the flash actually contains a sensor that allows it to function as on optical slave. Third, I can plug in the Mitros+ to the same powerful battery packs that power the Indra500. This means the recycle time would be virtually instantaneous, power output would be consistent, and I could use the true modeling flash that actually works like a studio modeling lamp.

I ordered one of the Mitros+, and within a matter of weeks I ordered a second. These two have taken their place alongside my Indra500s as part of my mobile lighting kit.

I should caution that this is more a sharing of anecdotes than it is a critical review. There are a number of reviews online for the Mitros+ that highlight its strengths as well as areas of improvement that are need. They also go into great detail about additional specifications. Among the concerns is the fact that it draws heavily on battery power. Without my Indra500’s external battery back, I would probably go through several sets of batteries on a typical shoot. 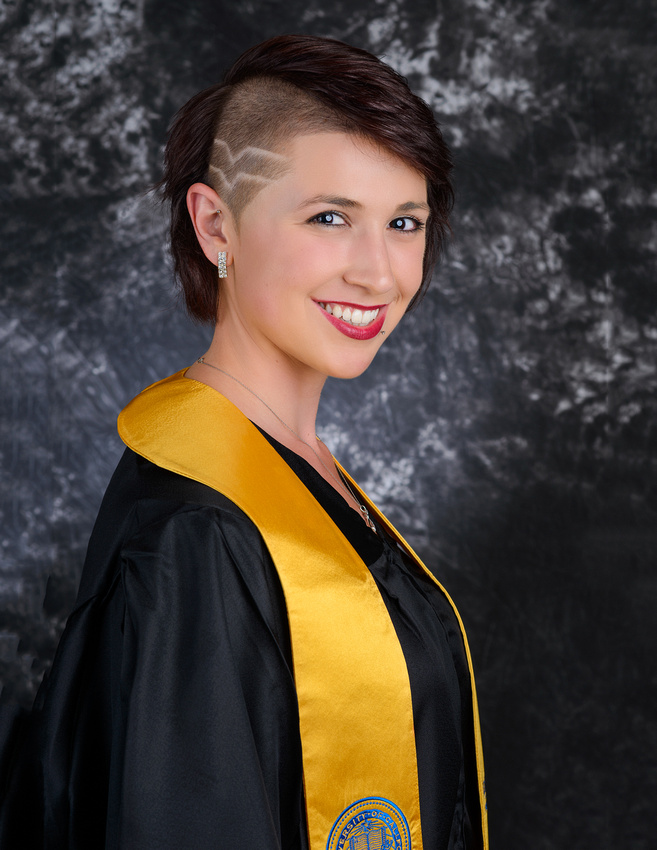 I have shared two images with this post. The first is a graduation photo of a lovely young woman (Nicole) who once interned in my office. I used one Indra500 as the main light (camera right), a second Indra500 as the fill light (camera left), and a Mitros+ mounted in a Bowens S-Mount adapter along with a 7-inch reflector as the backdrop light.  The second image is of fashion stylist and public health nutritionist, Nicola (www.nicolaifill.com), shot outdoors with a single off camera Mitros+, modified with a small 26” octabox, and triggered with the Phottix Odin. 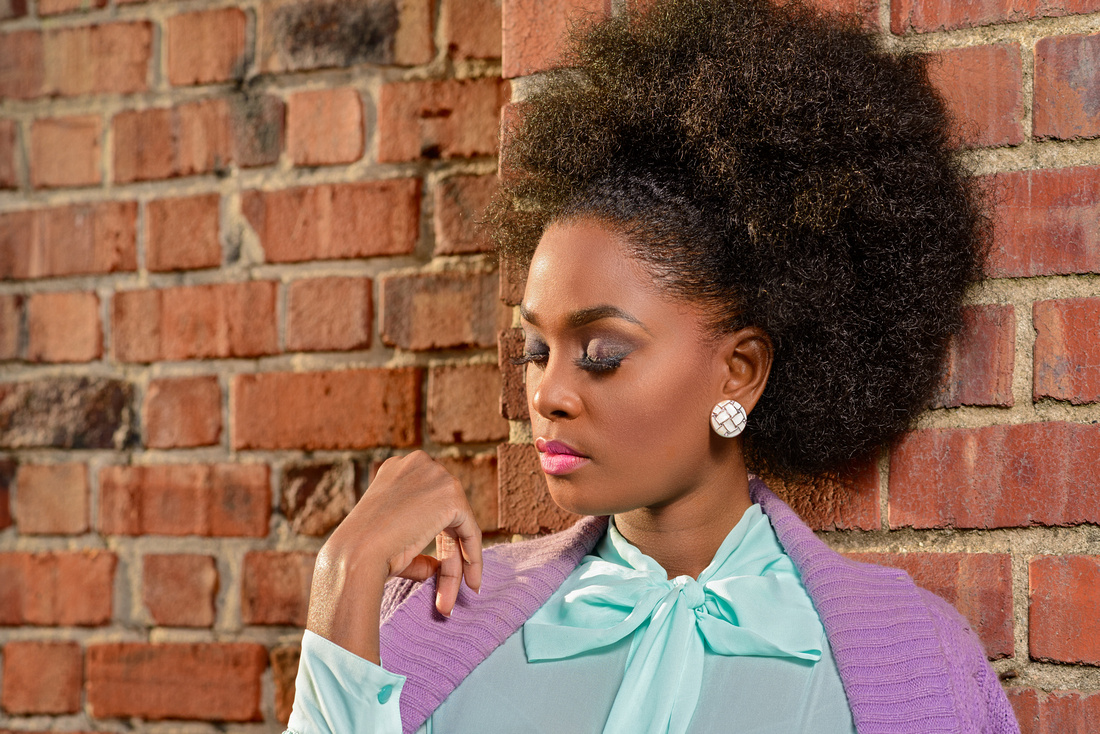 Whether you shoot primarily with speedlights, or would like to add to your existing Canon, Nikon, or Sony speedlights, the Mitros+ can do the job well. Or perhaps like me, you already own strobes that are part of Phottix ecosystem, and would like to expand it. Again, I think the Mitros+ is a great option. I certainly have a brand new perspective on speedlights.