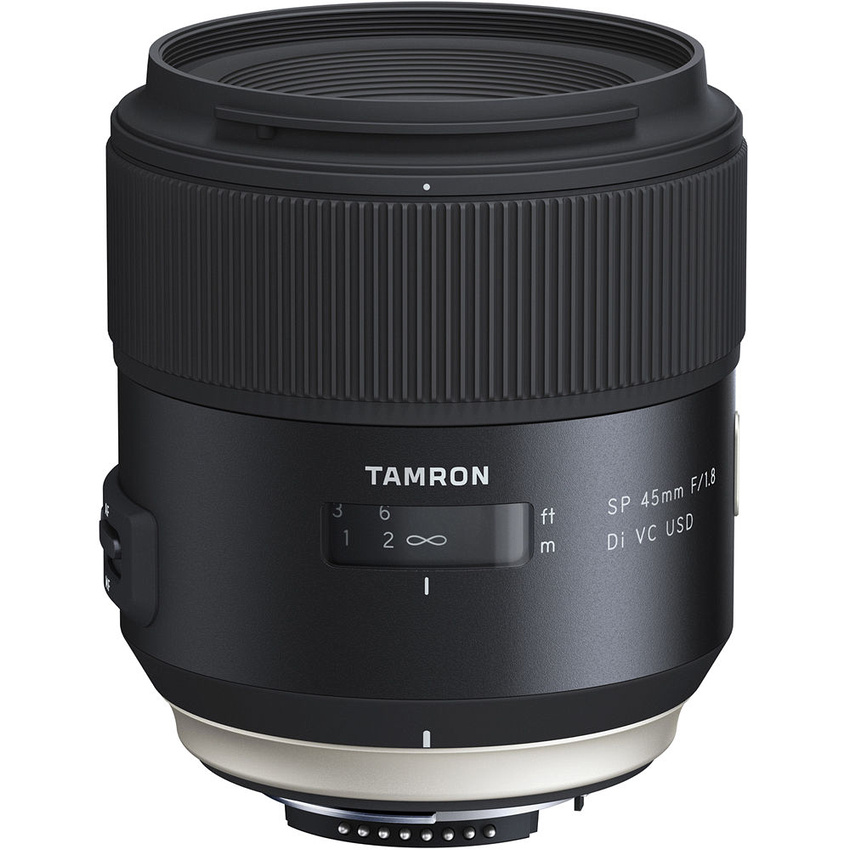 Apart from a few 58mm normal lens commercially available today, most lens manufacturers produce 50mm variants with apertures typically as large as f/1.4 or f/1.8. Along comes Tamron, who breaks with convention, and produces the SP 45mm F/1.8 Di VC USD. A part of its Super Performance (SP) line of lenses, it still falls within the range (40mm-58mm) of what is typically considered a normal lens.

The lens was evaluated on a Nikon D810, a full-frame 35mm equivalent, and on a Nikon D500, considered Nikon’s premiere APS-C (crop sensor) camera. Both tests were conducted outdoors in variable lighting conditions. Given the fact that lenses tend to perform with satisfactory sharpness at smaller apertures, the test focused on larger apertures that ranged from f/2 - f/2.8. The subject was lit with either a Profoto B1 modified with either a silver medium (41”) deep reflective umbrella, or Profoto B2 modified with a Wescott Rapid Box 24” beauty dish.

This is not a technical review conducted in a laboratory setting. Rather, it provides one photographer’s perspective on using the Tamron SP 45mm F/1.8 Di VC USD Lens on two specific Nikon camera bodies. Determinations about sharpness, autofocus responsiveness, color saturation, etc. are based primarily on observation of the raw files in Phase One’s Capture One Pro 10. All images were shot in NEF raw, imported into Capture One, then assessed using the application’s focus mask overlay and other visual indicators. This is not a comparative review, where the SP 45mm is evaluated point by point with other lenses such as the Sigma Art. Although I own that lens, and have owned other 50mm lenses, the idea is to evaluate this lens on its own merit, and determine what it can deliver.

I am David Fraser, a San Francisco Bay Area portrait and fashion photographer. I have been a photographer shooting with Canon and Nikon cameras for approximately 16 years. Most of my work falls into the general categories of portraiture and fashion. The majority of what I do includes modeling portfolios, beauty shots, and lifestyle portraits. I shoot in studio as well as on location. And as with all other photographers, I am constantly evolving and learning.

On the Nikon D810, fully open at f/1.8, I was able to produce some sharp images. However, in spite of the effectiveness of Tamron’s Vibration Compensation (VC), the narrow focal plain meant much of the subject could be out of focus, though the focus point was sharp. I stopped down to f/2, and though I lost a 1/2 stop of light, there was no noticeable difference in the rendering of the out-of-focus areas. All images were sharp, and there was no noticeable front or back focusing. 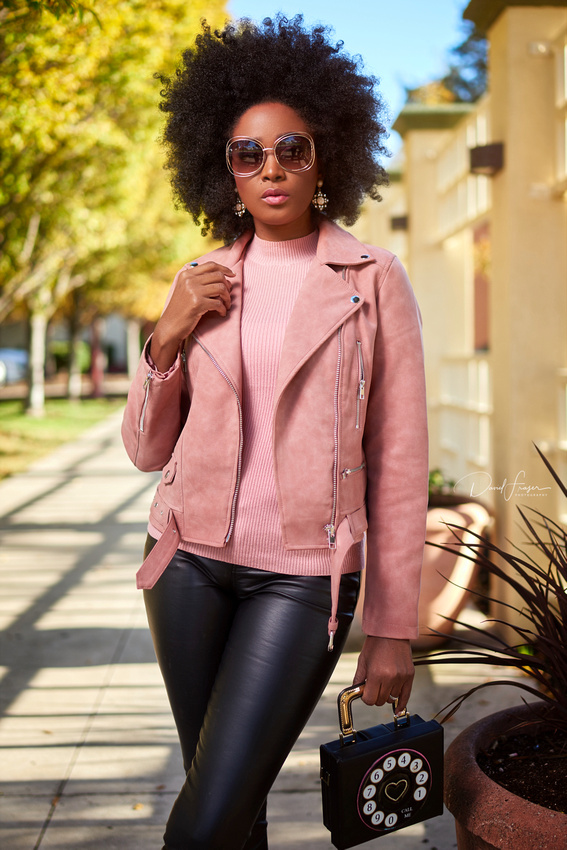 There were however two issues apparent when shooting on the D810. Vignetting was apparent at the wider apertures. It was not to an extent where it was distracting, but it was noticeable and corrected in post processing. The more significant issue was chromatic aberration. This color fringing was quite noticeable at the wider apertures, and required removal in post-processing. Utilizing Capture One Pro, I was able to quickly remove it.

On the D500, focusing was noticeably faster than on the D810. I believe this has to do with the massively improved autofocus engine in the newer D500. However, in an effort to explore a different aperture, I shot at f/2.8. This is a one stop variation from images shot with the D810. As expected, the depth of field was greater on the APS-C sensor camera. However, I was pleasantly surprised to see that the vignetting was all but gone. 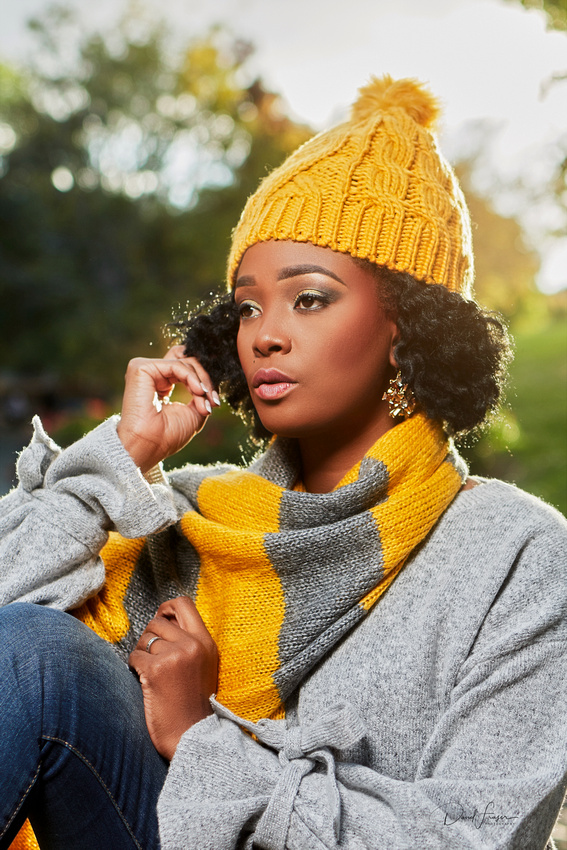 The same was not true of the chromatic aberration. As on the D810, it is noticeably visible, and had to be removed in post processing. In fact, from my perspective, it was more apparent on the D500 images than on the D810 images. I assume there is a technical reason for this given the different size sensors. Again, utilizing Capture One Pro, I was able to remove the chromatic aberration. Fortunately, as on the D810, there was no noticeable front or back focusing.

Most of my work leads me to utilize longer focal lengths when I shoot. In fact, my go-to lens is Nikon’s venerable 70-200 f/2.8 FL, paired with a full-frame body. Although my bag also contains an 85mm prime, I use it only occasionally, generally preferring the compression I can achieve with longer focal lengths.

The 50mm focal range is also one I use infrequently. But on the occasions that I do, I tend to stop the aperture down to f/2.0 or f/2.8 at the widest end. Even then, the narrowness of the focal plain is often a concern. As I began testing the Tamron, I imagined I would have to do the same, as I have previously done with my 50mm lens. However, I was struck that at f/2, the lens performed extremely well, locking focus, and doing so quite quickly. Moreover, I was quite surprised at how well it created a soft background, especially on the full-frame camera. Though the depth of field was greater on the APS-C body, the quality of the image did not otherwise suffer.

When all is said and done, the only significant concern I had about the Tamron SP 45mm F/1.8 Di VC USD was the chromatic aberration (fringes of color along boundaries that separate dark and bright parts of the image) visible in images shot wider than f/4. It was noticeable, and required removal in post processing. Vignetting, although noticeable, was modest, and was easily eliminated in post as well. Otherwise, the lens performed very well. The images we’re sharp. Focus was precise. Color and contrast were beautiful. In fact, I found myself wanting to utilize the new shorter focal length more.

While I am not sure there is much practicality in arbitrarily assigning some sort of numeric score to the lens, I can say unequivocally that I highly recommend it. In fact, I was so satisfied with it, that it has taken a permanent place in my bag, with the understanding that I have to be on the lookout for chromatic aberration/color fringing at the wider apertures.

Note: My appreciation to model/stylist, Sparkle Ifill, who assisted me in testing the lens. She is my sidekick, who helps make photography a delight. 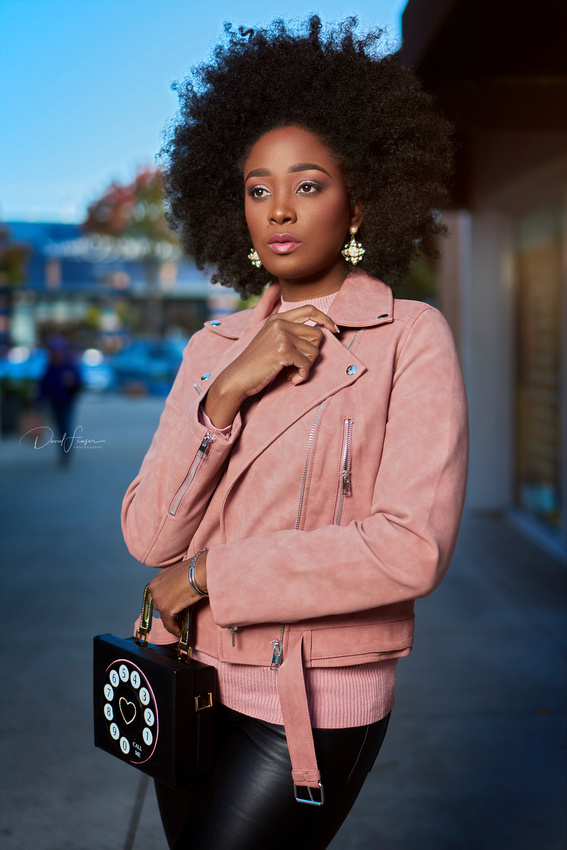 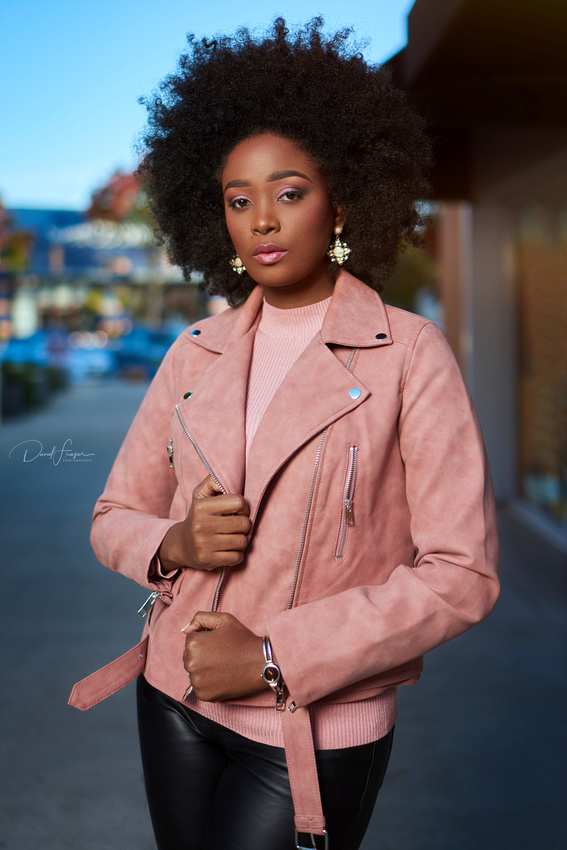 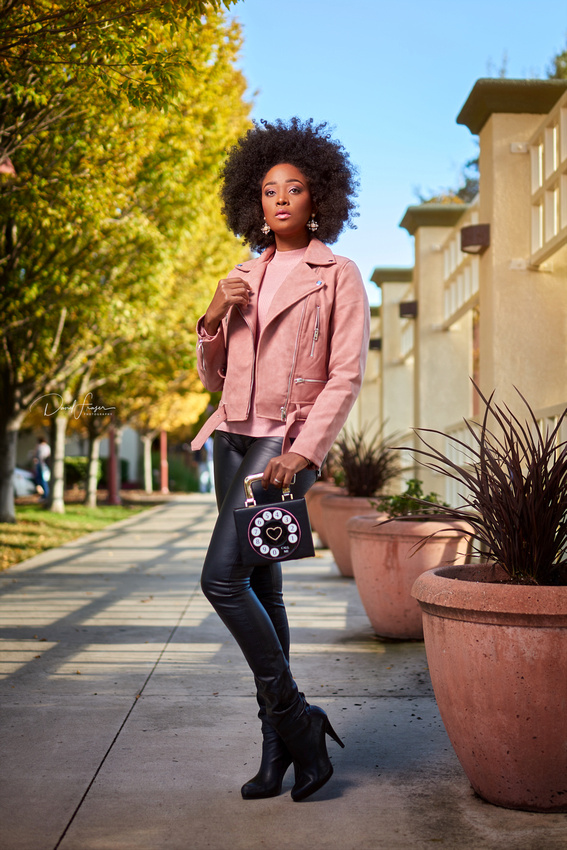 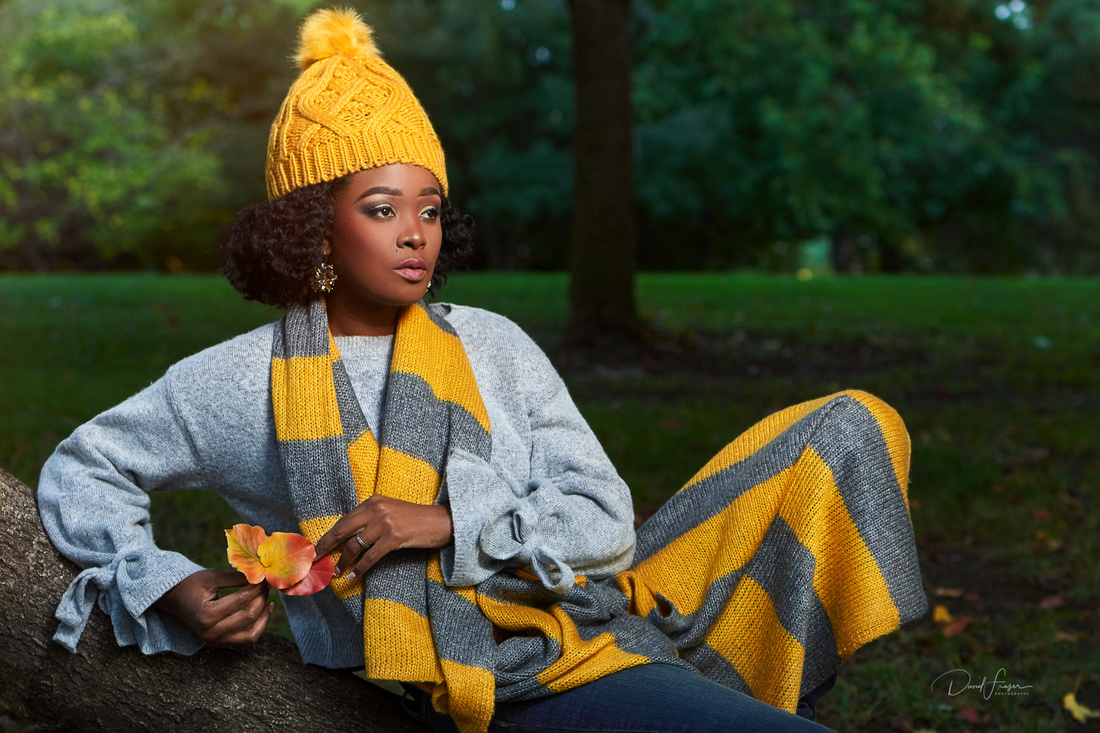 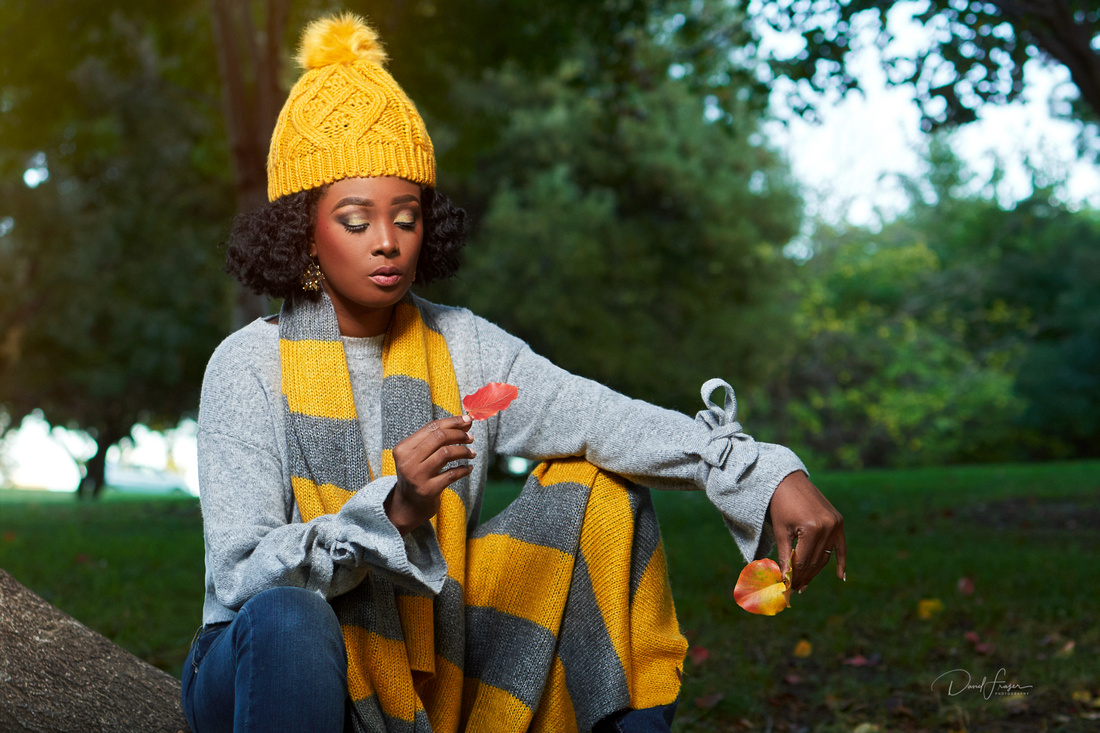 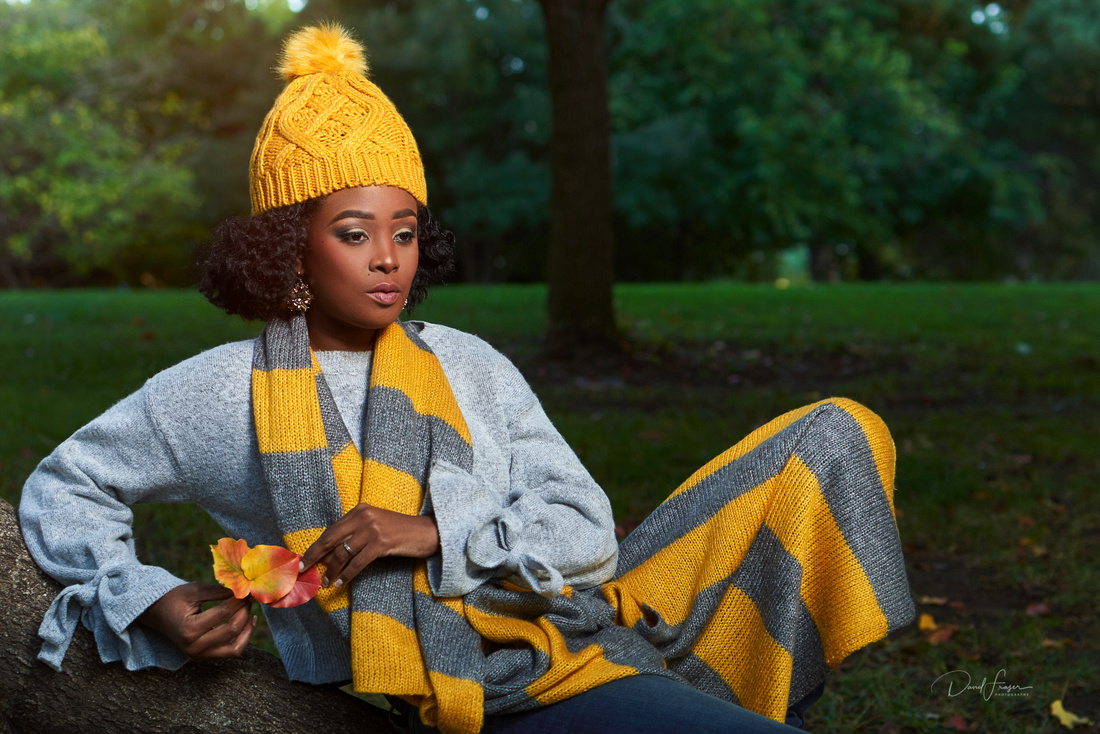 Frank Türpe(non-registered)
Hey David this is a fantastic blogpost from my „lovely“ lens. It‘ a great lens for portraitphotographer on a short distance. i use the lens on Nikon d850.
rxv-1067(non-registered)
This is is underestimated lens. I use it in studio and outdoors more frequently then most of my other Canon, Sigma or Tamron lenses. It's very versatile and delivers premium class pictures. Thanks to it's pseudo macro abilities I can come close to the subject and take some dramatic view images.
David Goddard (Cayman Islands)(non-registered)
Wonderful article. Great insights. Fantastic images!!!
No comments posted.
Loading...
Subscribe
RSS
Recent Posts
I'm an Artist: I Don't Need Rules! Thinking of Buying a New Camera? Be Wary of those Online Reviews! My Move to Nikon Mirrorless: I Never Saw It Coming! Film to DSLRs to Mirrorless Cameras: Change is Never Easy Tamron SP 45mm F/1.8 Di VC USD Lens - A Portrait/Fashion Photographer’s Perspective Nikon Software: It's Consistently Bad, If Nothing Else (The Story of SnapBridge) EyeFi mobiPRO WiFi SD Card: A Preliminary Review Nikon D750: Thoughts From a Fashion & Portrait Photographer (Updated) It's Not Your Ordinary Flash: What I Like About the Phottix Mitros+ Large Images: Fast Import: Here's How You Do It In Mac OS X
Keywords
Photography Nikon DSLR mirrorless iOS Lightroom change film technology Z6
Archive
January February March April May June July August September October November December
© David E. Fraser
User Agreement
Cancel
Continue