Film to DSLRs to Mirrorless Cameras: Change is Never Easy

Film to DSLRs to Mirrorless Cameras: Change is Never Easy 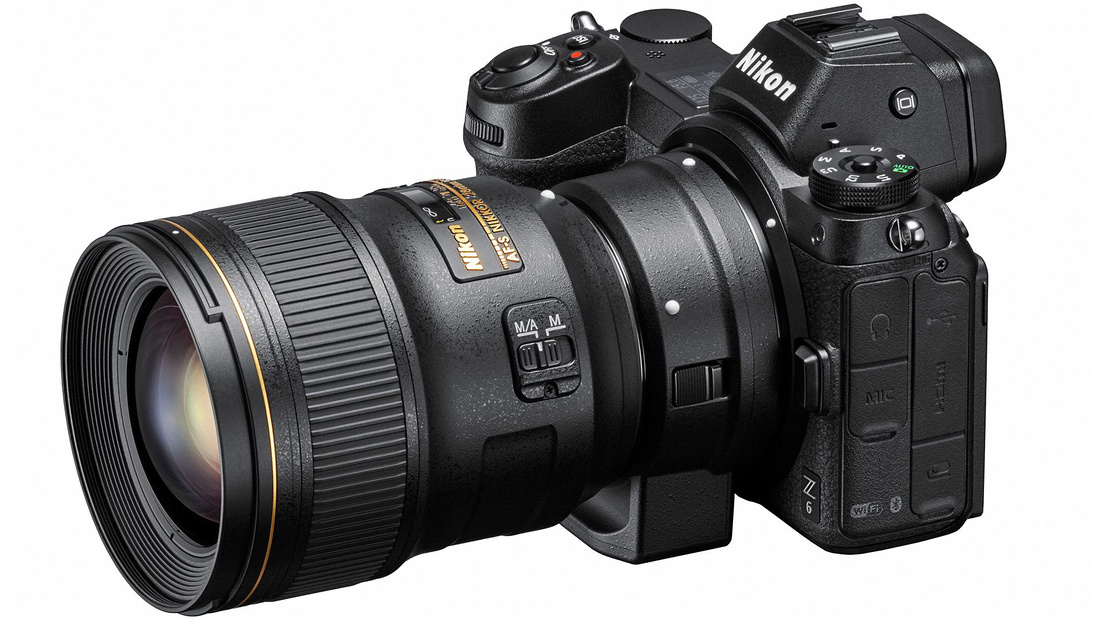 I’ve always been fascinated with photography. I do recall as a child picking up an old inoperable camera, taking it to my elementary school, and “photographing” my friends. Of course, back then, my pretense was shielded from discovery by the fact that I could not open the camera to show them the film. That would have resulted in exposure and loss of the images. I do not recall how I managed to extricate myself from the resulting situation, and explain to my eager classmates as the days turned into weeks, and the weeks into months, why I could not provide them with any photos.

Over the course of time, I owned a number of inexpensive 110mm film cameras. However, I purchased my first 35mm film camera in the mid 1980s. It was not a single lex reflex camera (SLR), but a Kodak VR35-K12, one that marked Kodak’s reentry into the 35mm film market, after an almost 2-decade absence.

I had been visiting San Francisco, California, and eagerly anticipating my first ferry trip to the famed Alcatraz island prison. I wanted images that were “better” than those that could be produced by the smaller film cameras I had been using. And though automation in the VR35-K12 was fairly limited by today’s standards, the presence of features such as autofocus, programmed auto exposure, and a motor drive, were noteworthy for point and shoot cameras that were its contemporaries. 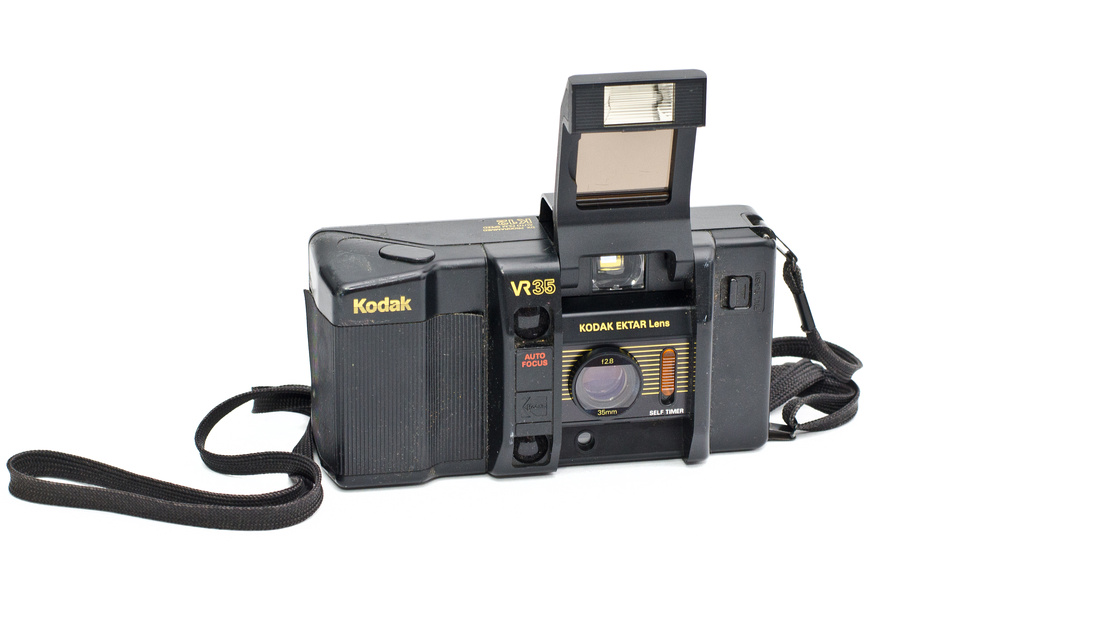 It was almost a decade later (mid-1990s) that I purchased by first SLR. By that time, I had outgrown the point and shoot cameras, and was ready for a camera with changeable lenses. The Minolta Maxxum was certainly a great choice, although in retrospect, it was far beyond my photographic capabilities. But with my ever growing passion for photography, I learned how to create beautiful images with the complex new gear.

My entry into the the world of 35mm SLR photography was relatively short lived. In some ways, my own fascination with emergent technologies was to blame. In other ways, the changing economics of developing film as I shot more and more images, was also to blame. By 2001-2002, the talk in my circles was about digital cameras. But I recall some of the influential photographers (at least influential in my mind) saying, “Real photographers shoot film.” And in every sense of the word, I considered myself a “real photographer,” if only at best an aspiring one. I refused to look seriously at the digital cameras coming onto the market at that time, although I did purchase a small Canon digital point and shoot - a purchase that appeased my technological curiosity, but one I hid from the other “real photographers” in my circle.

But something changed dramatically in late 2003. I had heard that Canon was planning to release a Digital Single Lens Reflex (DSLR) camera with a price point that may work well for entering the DSLR market. I bought one. Yes, I actually felt that I was cheating in some inexplicable way. But I bought one. With a whopping 6.3MP sensor, and an EF-S 18-55 kit lens, my new EOS Digital Rebel was exciting to me.

There really was no turning back. Three years later, I switched to a Nikon D70, then ultimately switched back to Canon with the release of the industry changing Canon 5D. The 5D would accompany me on a couple international trips, and was the tool I used to capture some of my most memorable images. But in my heart, I had become attached to Nikon. So when in 2008 Nikon introduced the D700 - its full-frame answer to Canon’s 5D - I moved back to the Nikon ranks.

Fast forward to late 2018. My primary body for most of my work was the Nikon D850, and my backup body for casual shooting was the Nikon D500. The latter was the first APS-C sensor camera I had owned in almost a decade. The fact that it was marginally smaller than the D850 mattered when I wanted to travel a little lighter than usual. In fact, I found myself wanting to achieve quality photography with lighter and smaller gear. 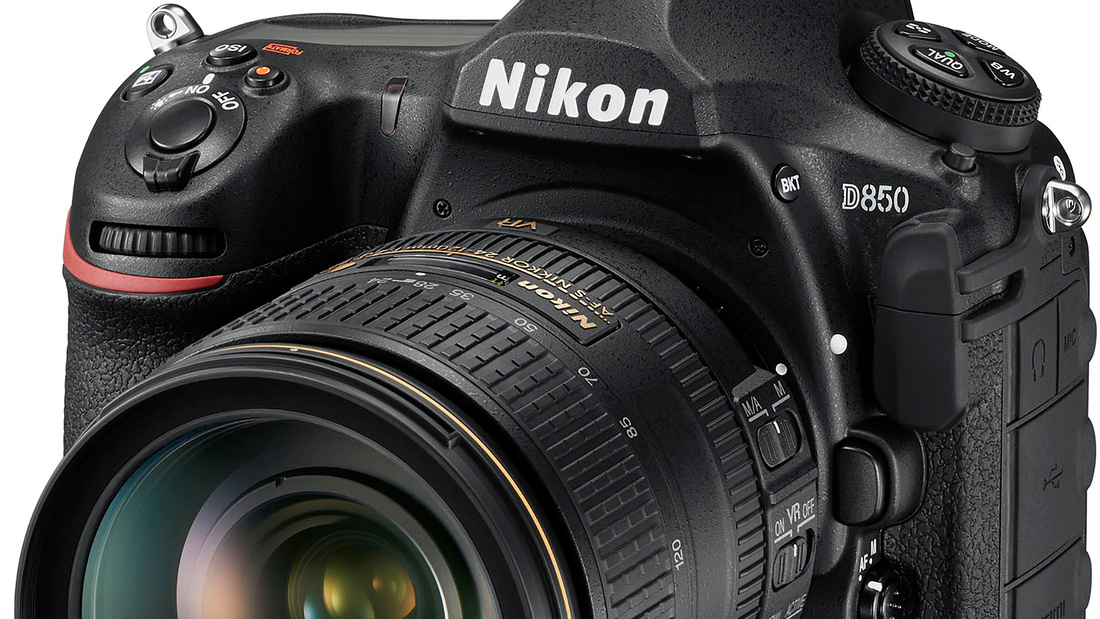 All of a sudden, as mirrorless cameras began to proliferate in the photography landscape, I was tempted by their diminutive size. And believe it or not, notwithstanding my understanding of the technology, there was that little voice in my head saying, “Real photographers shoot with DSLRs.” It was an echo of long held beliefs perpetuated almost two decades earlier by those who considered themselves photography purists. And I, without making a deliberate effort to do so, had bought into the idea. So I resisted the mirrorless cameras, citing all the drawbacks of using them. Of course, I secretly desired some of what they offered, but I found more reason to resist.

Then Nikon changed the game. They introduced their Z7 and Z6 mirrorless cameras. They had some of the same shortcomings of other mirrorless cameras, but because they had been manufactured by Nikon - a brand I have been using for many years - I at least entertained the idea of having one. I was not prepared to walk away from my D850, so at the beginning of January 2019, I settled on the Z6 as my backup camera.

Today, my primary body is still the D850 - an amazing DSLR. But my Z6, which I have only had for a short time is the backup. Now here’s the interesting part. I’m not so sure about those labels - primary and backup. I find myself wanting to shoot more and more with the Z6 in part because of features like in-body image stabilization (IBIS) and the electronic viewfinder (EVF). IBIS is a game changer for low light photography and videography. The EVF, which I was sure I would hate, has brought a great perspective to how I frame and view images. Beyond such features, the Z6 has remarkable color reproduction even though it has lower pixel density than the Z7, and the D850.

I am still not settled on the future yet. But I am NOT ruling out the possibility of shooting exclusively with mirrorless cameras. The hesitation has nothing to do with the technology (except for Nikon’s single memory card in the Z7/Z6). It has to do with the inherent challenges of implementing any change. Familiarity brings comfort. We are at ease with what we know. The transition from film SLRs to DSLRs was challenging for me, and continues to be challenging for the few who refuse to relinquish what they deem the gold standard - film. And now the idea of transitioning from DSLRs to mirrorless represents a new challenge for many.

Another aspect of my professional life is being a university academic who teaches organizational theory and organizational change. One of my classes covers how we roll out technological change in organizations. I often say to my students, “those who object to change do not necessarily do so to be malicious. Typically, they are beneficiaries of the status quo.” In other words, people benefit from what they know by being called “experts,” “experienced,” “knowledgeable,” etc. Change requires relearning and rethinking what we know. Whether we are speaking of institutional change or change in the photography industry, the principles are the same. Film SLRs, DSLRs, and mirrorless cameras are merely tools that reflect technological evolution. They are neither good nor bad. They are merely tools.

I have chosen, with many moments of trepidation, to embrace change knowing full well that it’s never easy.

The sample images below feature model/stylist, Sparkle. My thanks to her for being a willing subject for my first test shoot of the Nikon Z6. You may follow her on Instagram or visit her website. 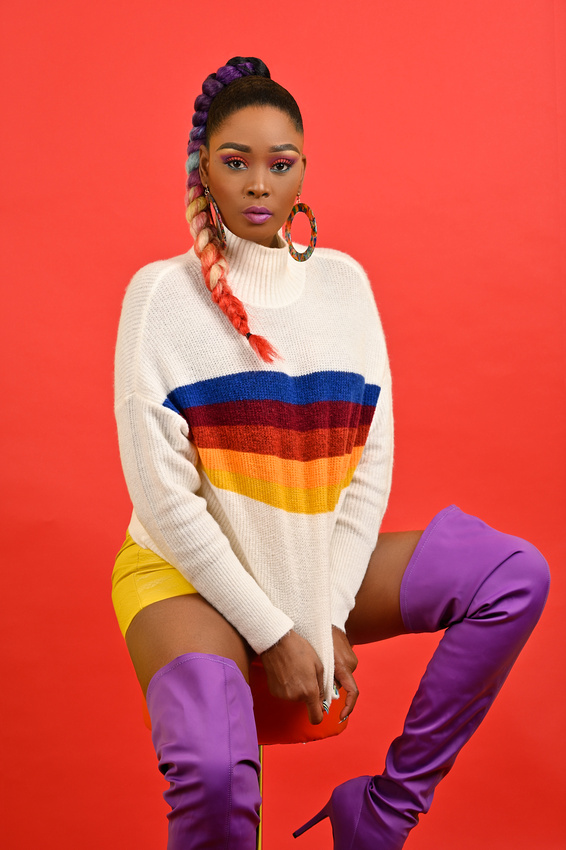 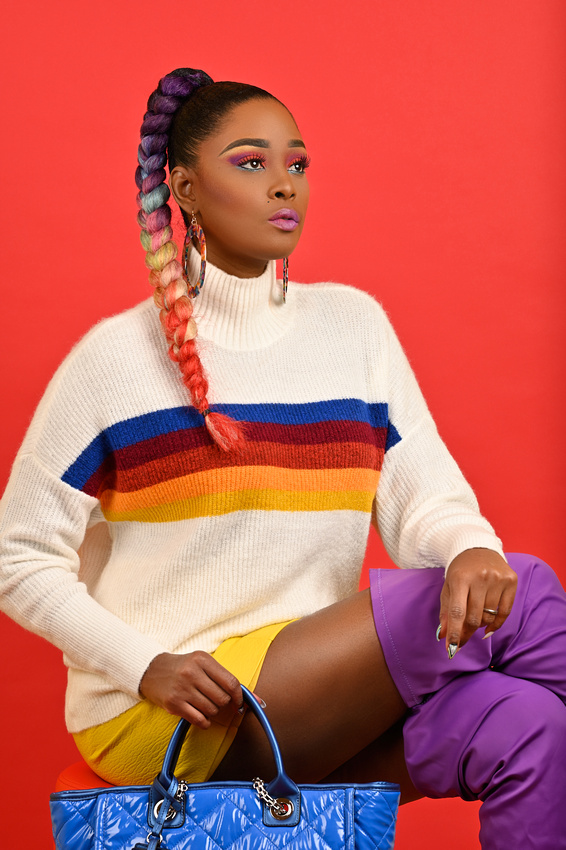 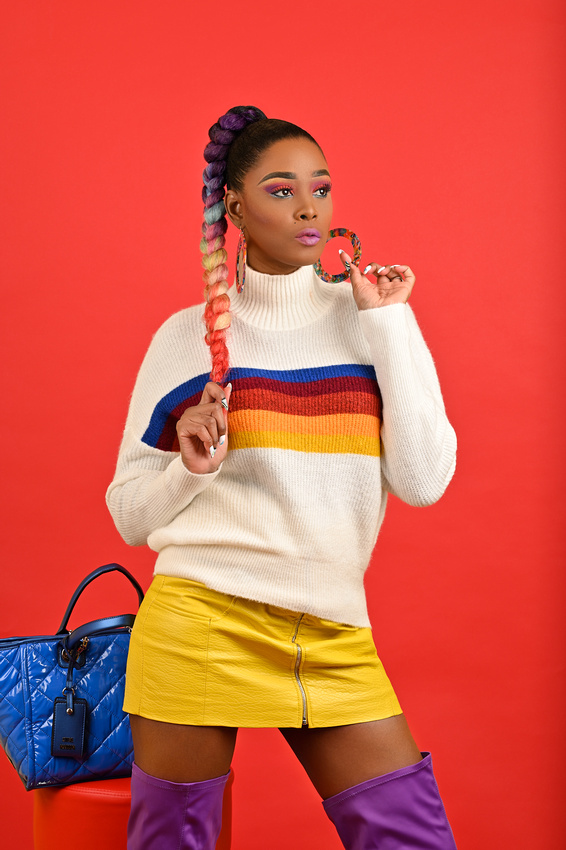 I am David Fraser, a university academic, photographer, and techie. I have been a photographer for roughly almost 20 years, and have shot across the US, the Eastern Caribbean, and South America. Today, I shoot primarily fashion, portraiture, and lifestyle. I live and work in Eastern Contra Costa County, in the San Francisco Bay Area, California.