My Move to Nikon Mirrorless: I Never Saw It Coming!

My Move to Nikon Mirrorless: I Never Saw it Coming!

I suspect you’re a very busy person, and not likely to spend much of your valuable time reading another article about a photographer who transitioned to shooting with mirrorless cameras. But I do hope that after reading the introductory paragraph that follows, you will delve into the article and see what brought me to this point in my photography. 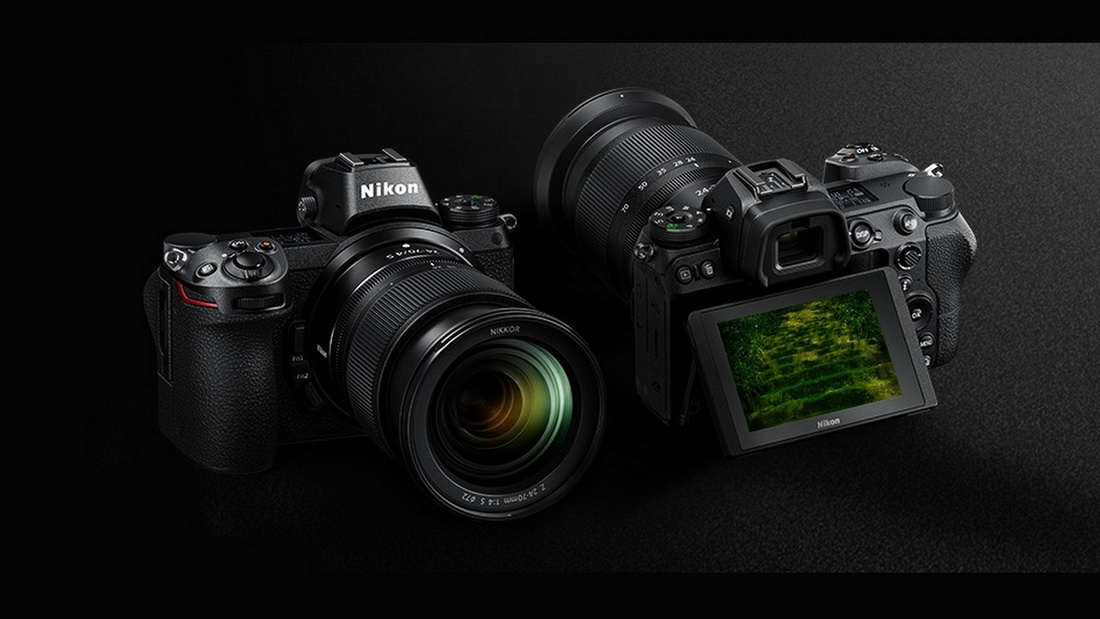 As of March 2019, I transitioned to using Nikon Z cameras on a full time basis for my photography. I own the 45.7MP Nikon Z7, as well as its lower resolution, 24.5MP sibling, the Nikon Z6. My Nikon D850, which was my primary workhorse since early 2018, following years of using the Nikon D810, D800, and D700, now occupies space in another photographer’s bag. Similarly, my Nikon D500, which I once argued was a backup camera like no other I had previously owned, has also taken its place in another photographer’s bag. Today I shoot on a full-time basis with Nikon mirrorless bodies. I have no regrets. In fact, I relish the rich new opportunities that came with moving to the mirrorless platform. But had you asked me a year ago if I would shoot with mirrorless cameras, I would have said, “not likely.” Actually, I’m being being a bit demure. I would have likely said, “hell no.” What has the experience been, and how has my photography changed? Read on if you’d like to find out.

The Rest of the Story

In mid-January 2019, I wrote about the photography industry as it transitioned from “Film to DSLR to Mirrorless” cameras. I wrote then about my own resistance as the industry shifted away from film to DSLRs. And of course, the move to mirrorless met with equal resistance, if not a measure of scorn.

Many photographers with whom I’m acquainted had not simply moved to shooting with mirrorless bodies. They had in most cases, abandoned Nikon, Canon, Olympus and other platforms largely in favor of Sony’s market leading Alpha mirrorless system. I would hear them use terms such as “game changer” to describe their experience. Yet I thought of the mirrorless cameras as the latest fad which would ultimately fade in oblivion. In some ways, I felt affirmed as hardcore DSLR bloggers trumpeted the D850 as the best DSLR on the market. They also declared the D500 an out-of-the-ordinary crop sensor, often comparing it favorably with Nikon’s flagship D5.

My relationship with Nikon has always been a bit of love/hate one. I’ve been shooting with their cameras for several years, and always wished they would do a bit more in terms of firmware updates and some of the more advanced functionalities those very mirrorless cameras I disdained were offering. But each time I had to replace a Nikon body, if I thought about changing systems, I would quickly dismiss it, telling myself that my investment in Nikon F-mount lenses and other Nikon accessories made changing systems a virtual impracticality.

Then it happened. Nikon announced the full-frame mirrorless Z mount cameras. As you’re likely aware, the Z7 was released first. And even though I was a tad curious, I dismissed it since I had only recently purchased my amazing Nikon D850. But it was only a matter of months before Nikon released the lower resolution and lower cost Z6. Given the availability of the FTZ adapter to adapt my F-mount lenses for the Z6, I thought I would “give it a try.” But I was clear in my mind, it would play only a backup role - yes, a subordinate role - to my venerable D850, my real camera. So, in January 2019, I bought the Nikon Z6 and added the native Z 24-70 f/4S lens. But given the rousing chorus of voices who declared the Z 50mm f/1.8S one of the best 50mm lenses on the market, I added that as well.

I shot a few projects with the Z6, but always kept the D850 close by. It was my failsafe. In fact, I shoot official portraits for government officials in my area at the beginning of each calendar year. And this year, with fear and trepidation, I decided to push the envelope. I shot the portraits with the Z6, tethered to my computer using Capture One Pro. I kept expecting something to go wrong. But in reality, the D850 was not needed. 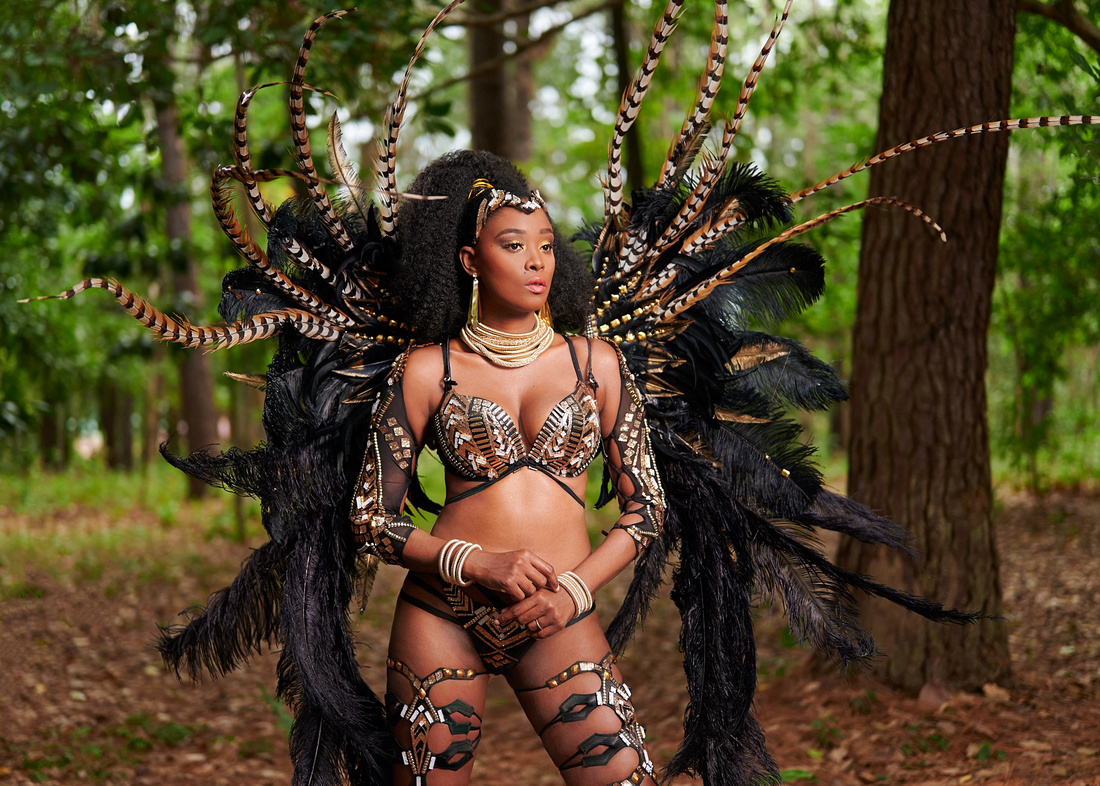 In February I traveled, as I do each year, to the Eastern Caribbean’s Trinidad & Tobago to photograph Carnival 2019. Photographing carnival requires quite a bit of dexterity in handling a camera, since masqueraders are constantly moving. As an accredited carnival photographer, there was some expectation that my images would be of decent quality. I was faced with a dilemma. Should I trust the Z6, or should I use the D850? The latter, like the former, had never been used for shooting carnival. But it falls in line with the D810, D800, and D700, which I had used several times to shoot carnival events.

I tried the Z6 one day, but still had not learned the settings very well. I struggled a bit, but with a little effort, I began using it with consistent results. After using the Z6, I attempted to use the D850, but felt it was heavier than I recalled, and that something was missing. As simple as it may seem, the Electronic View Finder (EVF) was just amazing. It was the thing I missed the most when I shot with the D850 again. Ultimately, I shot carnival in its entirety with the Nikon Z6.

Then Came the Z7

When I returned to the US in March 2019, I began working with clients in studio and on-location, and found that I had become accustomed to several things about the Z6 that were not available on my Nikon D850. The EVF was one. The other was the ability to have live view active on the camera’s LCD while shooting tethered to my computer. (For years I had longed for my DSLRs to do that). Then there was Nikon’s new approach to WiFi. I could actually shoot, save files to the XQD card, and have them transfer via WiFi to my computer in the background. And like that, it struck me. There was no going back. I wasn’t buying a Sony Alpha, but I understood why Sony shooters relished their cameras. I pushed the button, and bought the Nikon Z7. It would become my high resolution main body. I also added the Z 35mm f/1.8S lens. 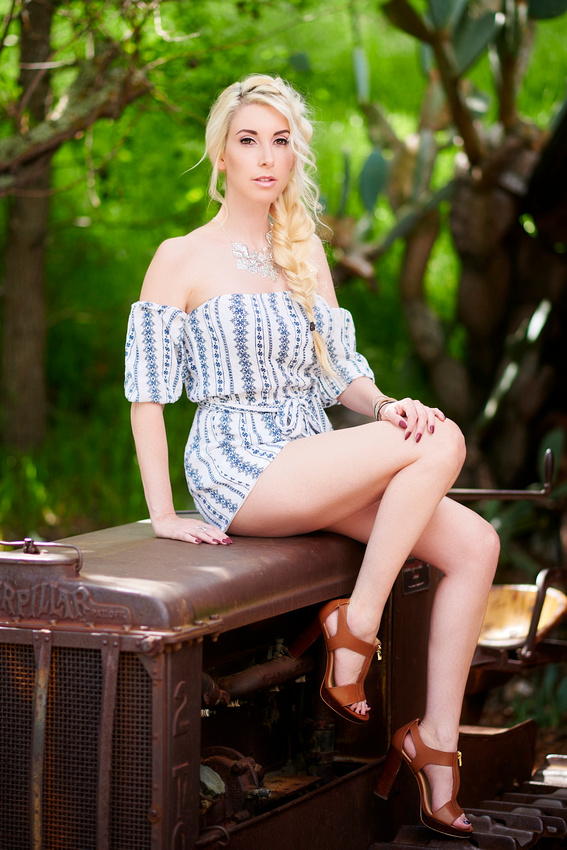 I am a working photographer, not a collector. My gear must serve a professional purpose, and achieve my desired imaging needs. I could see clearly how the Z system made a difference in addressing needs I have had for some time.

The transition has not been perfect, however. The D850 and D500 had an autofocus system that was, in my view, superior in every way to the Z6 and Z7. In fact, it was not until Nikon’s firmware 2.0, released on May 16, 2019, that I was fully satisfied with the autofocusing of these mirrorless bodies. Sony users speak about Eye Autofocus as a boon for their photography. And they should. Their platform, from what I’ve heard, has the industry best. Nikon introduced it with firmware 2.0. And it is an amazing feature. With it, I lock focus even when shooting at wide apertures, with eyes always tack sharp. That makes my Z6 and Z7 nothing short of amazing. While the D850 is a superb camera, I would not surrender my Z7 to take a D850. Moreover, I am able to use my Nikon F-mount lenses without any issue as I build my Z-mount collection. 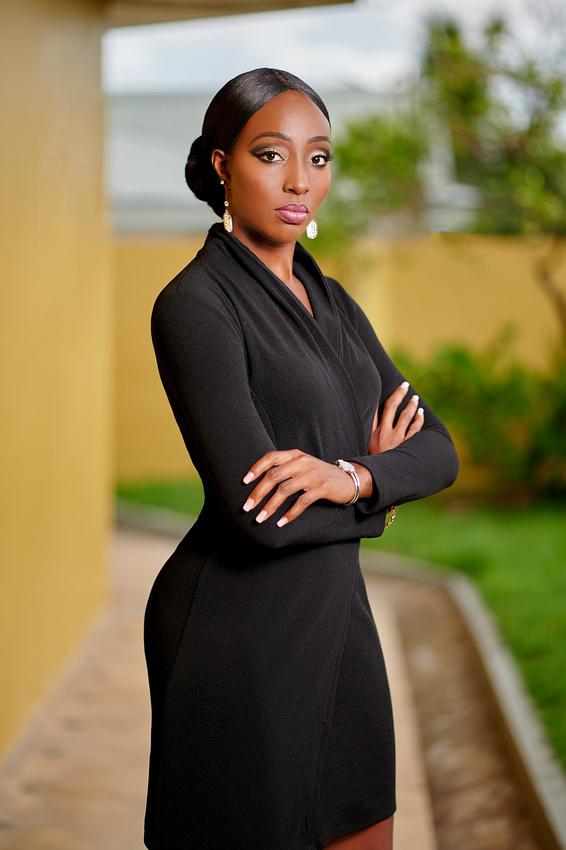 Would I do It Again?

Are there compromises I had to make? Yes. The last time I owned a camera that utilized a single memory card, was several years ago when I used a Nikon D700. So from time to time, I am still a little ill-at-ease over the single card in the Z6 and Z7. But the background transfers/backup ease my angst. Battery life on the Z cameras is certainly not as good as on the DSLRs. However, I have been able to shoot about 800+ images before needing to change a battery.

Is the mirrorless platform suitable for all photographers? Perhaps not. I cannot say whether or not it will work for your type of photography. For me, as a portrait, fashion, and lifestyle photographer, these two cameras are quite useful and a simple joy to shoot.

If you’re considering making the move to mirrorless, whether it’s Sony, Olympus, Panasonic, Canon, or Nikon, understand that everything new has a learning curve. If possible rent the body and a couple lenses first. I didn’t see this coming, but I’m glad I seized the moment, albeit reluctantly, to embrace mirrorless.

** Note: All images throughout this article have been shot with the Nikon Z6 or Nikon Z7. 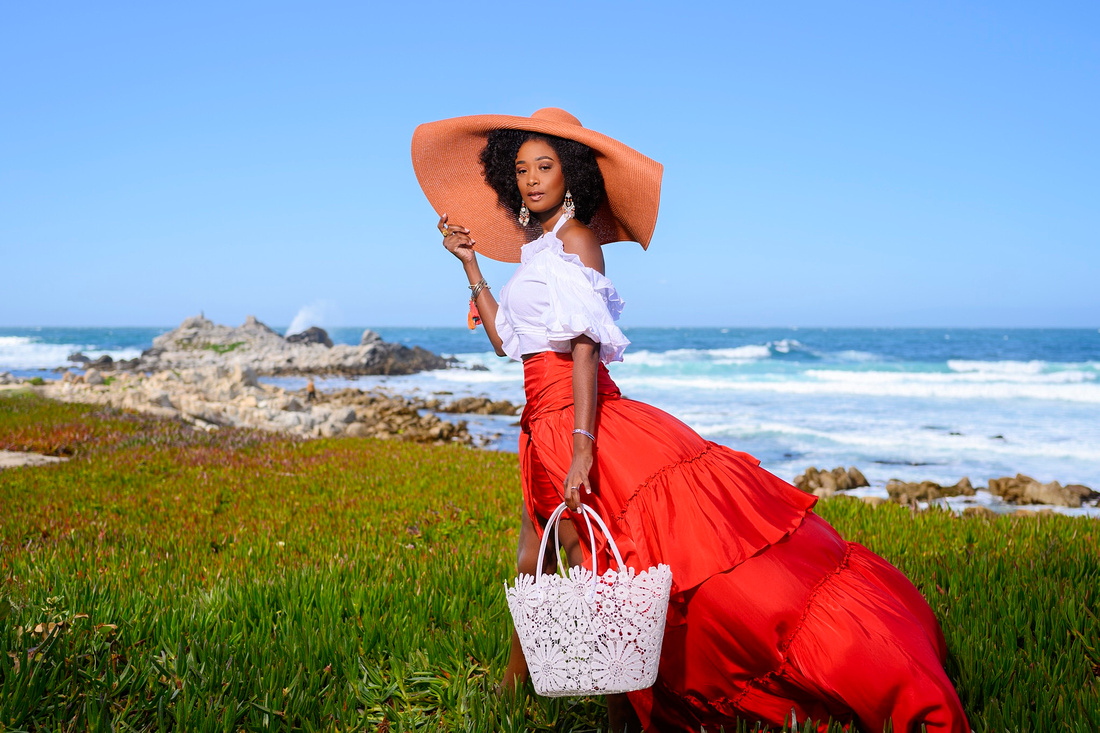 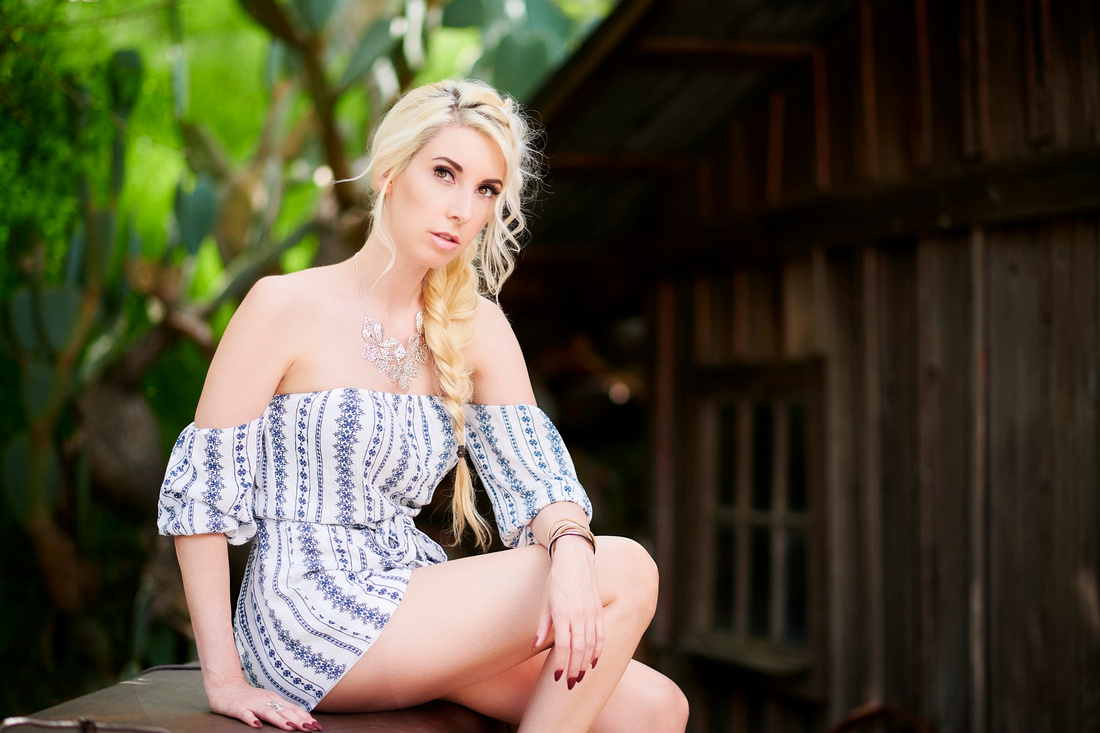 I am David Fraser, a university academic, photographer, and techie. I have been a photographer for almost 20 years, and have shot across the US, the Eastern Caribbean, and South America. Today, I shoot primarily fashion, portraiture, and lifestyle. I live and work in Eastern Contra Costa County, in the San Francisco Bay Area, California. You may follow me on Instagram: @davidfraser.photography.

Fred(non-registered)
David, Thank you very much for the candid and objective way you wrote your blog on "My move to mirrorless" & the other on "Thinking of buying a new camera". I am learning photography from the New York Institute of Photography on line. Currently using a Fuji XT1. I have been considering purchasing a Nikon 5 mirrorless that will be coming out end of August 2020. Your shots from the Z6 & 7 have really given me a better feel of Nikon & has given me much clarity. Although you are a Nikon user you did not present the information as an Ad but as an educational tool which is encouraging- this has provided me the opportunity to view the camera from a neutral perspective. Thanks. I really like your photos shot with the Nikon mirrorless, so crisp & sharp. Good luck in your professional endeavors!.
Ronald Pollard(non-registered)
David
Thank you for your detailed insight, sharing your joy, and honestly laying out your photography journey sir! This was both informative and inspirational!!!
No comments posted.
Loading...
Subscribe
RSS
Recent Posts
I'm an Artist: I Don't Need Rules! Thinking of Buying a New Camera? Be Wary of those Online Reviews! My Move to Nikon Mirrorless: I Never Saw It Coming! Film to DSLRs to Mirrorless Cameras: Change is Never Easy Tamron SP 45mm F/1.8 Di VC USD Lens - A Portrait/Fashion Photographer’s Perspective Nikon Software: It's Consistently Bad, If Nothing Else (The Story of SnapBridge) EyeFi mobiPRO WiFi SD Card: A Preliminary Review Nikon D750: Thoughts From a Fashion & Portrait Photographer (Updated) It's Not Your Ordinary Flash: What I Like About the Phottix Mitros+ Large Images: Fast Import: Here's How You Do It In Mac OS X
Keywords
Photography Nikon DSLR mirrorless iOS Lightroom change film technology Z6
Archive
January February March April May June July August September October November December
© David E. Fraser
User Agreement
Cancel
Continue